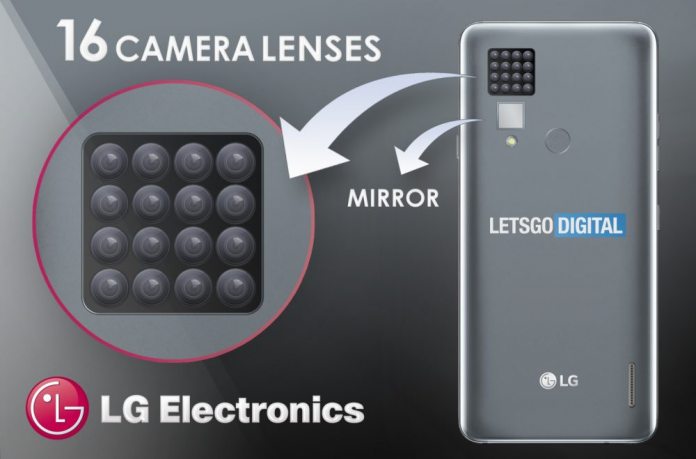 How many cameras do you need to take a good photo? The answer is simple… one. However, smartphone manufacturers don’t think this and are on a constant quest for one better. It started with dual lens smartphone cameras and is moving to 3, 4, and 5 lenses. LG thinks it can do better than that and is working on a handset with 16 camera lenses.

Yes, it is as ridiculous as it sounds, which to use is a lot like a parody device. Still, it seems to be true that LG is at least considering a 16-lens smartphone snapper. This is not a joke as the company has filed a patent with the USPTO, which was granted on November 20.

The patent describes a device with 16 lenses on the rear. These cameras are laid out in a matrix and can work individually or together.

While many reports are suggesting this shows smartphone manufacturers are willing to push boundaries, I see something else. Specifically, companies are in a growing innovation rut. Instead of truly new features, manufacturers are locked in a game of one-upmanship, where one better is masked as an innovative leap.

When a second camera was added to the rear of devices, it was a legitimate breakthrough. There’s no doubt photography on smartphones is excellent and can be better. However, it seems like manufacturers are just going for more is better instead of seeking truly innovative evolutions.

We see this in CPU development too, while one of the areas most users want improvements (batteries) remain relatively stagnant.

As for this LG 16 lens device, it is definitely something the company has considered. That said, the patent is likely to ever be realized as a full product and I am happy if that is the case.