After its redesign and subsequent fixes, Skype is finally receiving some important new features. In the past week, users got the ability to make calls via Amazon Echo devices, as well as UI tweaks across platforms.

Now, Microsoft is releasing OneDrive filesharing to Skype Insiders. With it, users no longer have to upload whole files to Skype. Instead, they can use the ‘Content and tools’ menu to select a file directly from their OneDrive. They can also just send a link.

The feature has the advantage of richer information and also shares the file with anyone who clicks it. This should make it far easier to collaborate with multiple people using Skype, bringing it a little closer to Microsoft Teams when it comes to productivity. 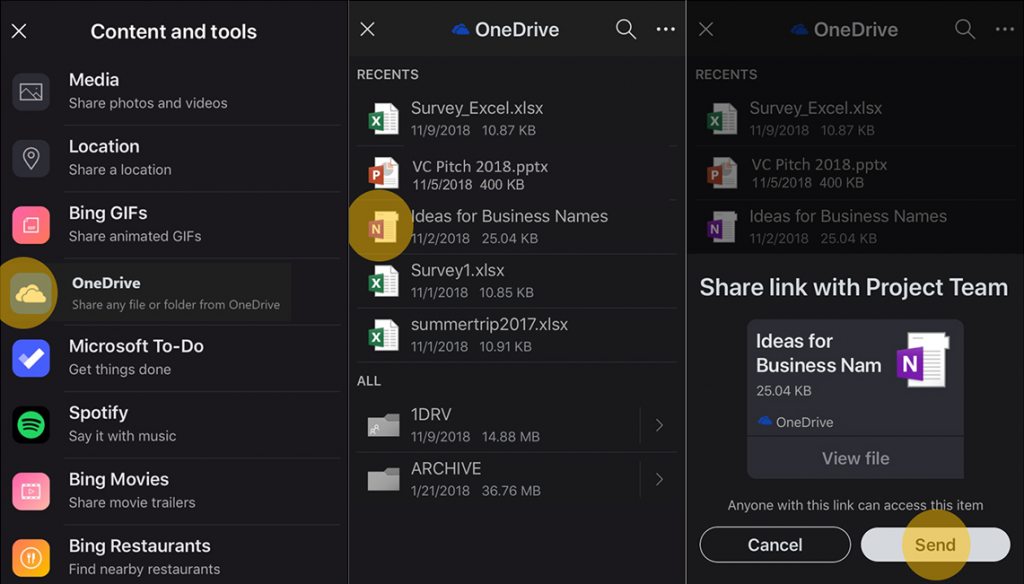 Available on all Platforms

As you’d expect, the functionality works a little differently depending on your platform. If you’re on mobile, OneDrive files will open directly in the app. Desktop or laptop users will be directed to the usual web interface.

The feature is available across Windows 10, Windows, iPhone, Mac, Linux web, Android 6+, and Android tablets. It’s a nice quality of life improvement that probably should have been there a long time ago.

Either way, it’s nice to see Skype getting some love from Microsoft again. Skype Classic was supposed to shutter this month, but it’s strangely still around. It’s possible the team is looking to release improvements like this first to convince users the modern Skype is worth the jarring changes.