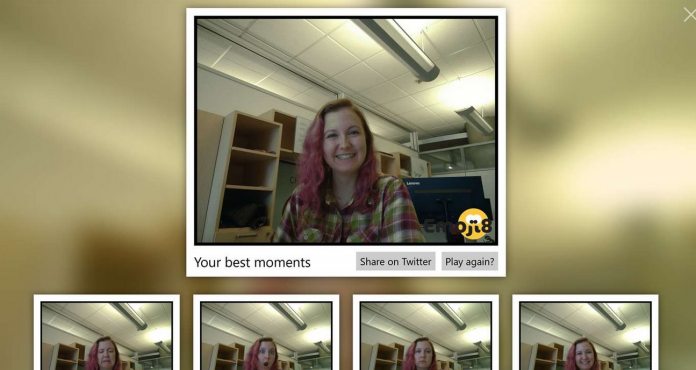 Microsoft is one of the leaders in development of artificial intelligence (AI) and machine learning technologies. While the tech-minded will be familiar with the company’s solutions, casual users may not. Microsoft has created a novel way to showcase its AI and Windows machine learning capabilities. The company has wrapped its tech in an Emoji8 app.

Users can now head to the Microsoft Store to download a sample application that shows Windows Machine Learning (ML) API in action. If you are unfamiliar with the API, it allows Windows 10 to perform machine learning tasks powered by the device instead of a remote server.

In the case of the Emoji8, Microsoft is highlighting how the Windows Machine Learning API can be used for on-device facial recognition. The app leverages the API to map your facial expressions while you mimic a selection of emojis.

Microsoft describes how Emoji8 highlights the capabilities of Windows ML:

“This app showcases how to leverage the low-latency, scalable, and flexible performance of Windows ML. Frames are locally assessed as soon as they are snapped from the camera to allow real-time machine learning evaluation and game screen updates.”

The app also allows users to create an animated GIF of their emoji and post it to Twitter. Microsoft says Emoji8 is open and the source code is available from GitHub.

As for the machine learning model used in the app, it’s called FER+ Emotion Recognition. Microsoft has put the source code for the ML model on GitHub too.

Finally, if you want to try out Windows Machine Learning on Emoji 8, the app is available from the Microsoft Store here.