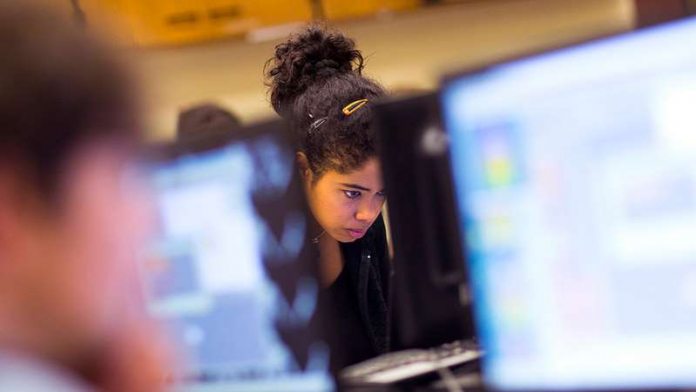 Microsoft’s research has shone a light on some concerning issues. While the study found that 63% of online risks still come from strangers, 28% now come from family and friends. That’s up 11% from the previous year.

To collect the data, Microsoft interviewed teens age 13-17 and adults from 18-24. It found an increase in negative experiences from family by 4%. Meanwhile, threats from friends rose by 7%, and acquaintances 2%. 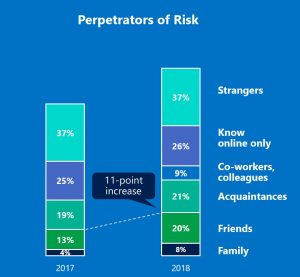 The data as a whole revealed that 40% of participants experienced behavioral risks and unwanted contact. 34% experienced sexual risks, while 28% were a victim of a hoax, scam, etc. These hoaxes included fake news and misleading information, which made up the bulk.

In the sexual risk category, unsolicited images or messages were the biggest offenders, while 40% included repeated attempts to start a relationship.

In all, the study paints a depressing view of the world, with many participating citing their looks, age, or gender as a source of harassment. However, Microsoft isn’t set to reveal the full study in December, which often contains some optimistic takeaways.

In 2017, for example, the study found that more respondents were dealing with threats intelligently. Respondents were less confrontational, and most knew how to find relevant help.

A Microsoft study released in September suggests that more teenagers are seeking help from their parents when faced with online issues, though it’s still less than 50%. 44% of female teenagers asked their parents, versus 37% of boys.

These preliminary results have been released as part of World Kindness Day, with Microsoft encouraging users to act with empathy and respect online.