Windows 10 negatives seem to be outweighing the positives over the last month. That was certainly not Microsoft’s plan as the company rolled out the October 2018 Update. The latest problem with the platform regards Windows 10 Pro and a broken activation system.

Users on an expanding Reddit thread say Microsoft is downgrading Windows 10 Pro to Windows 10 Home without explaining why. Of course, it is not Microsoft doing this directly, but seems to be an issue with Windows 10 activation.

A server problem is the most likely to explain the extent of the issue. There are literally hundreds of reports on Reddit and Microsoft Answers:

“What the?? Also got this de-activation of Pro tonight. I’ve always run Pro since the early insider days, this digital license copy of Pro (non-insider) has been activated for ages. Tonight, poof,” one Redditor explained.

Microsoft’s support team has confirmed there is a problem and are investigating the origin. Additionally, the team says it expects a fix to be issued soon.

“Microsoft has just released an Emerging issue announcement about current activation issue related to Pro edition recently. This happens in Japan, Korea, American and many other countries. I am very sorry to inform you that there is a temporary issue with Microsoft’s activation server at the moment and some customers might experience this issue where Windows is displayed as not activated,” Microsoft’s support team said.

“Our engineers are working tirelessly to resolve this issue and it is expected to be corrected within one to two business days.”

Unfortunately, no workaround has been offered by Microsoft or from unofficial sources. In the meantime, Windows 10 Pro users will have to cope with having their license downgraded. 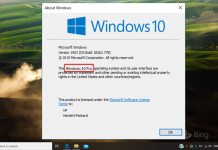