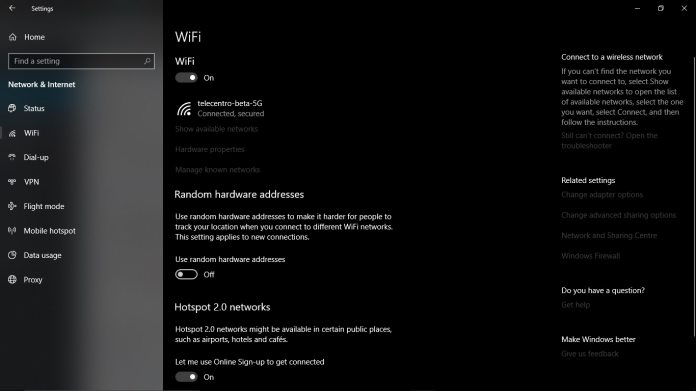 Microsoft’s Windows 10 19H1 update is still in development on the Windows Insider Program. New features are starting to come thick and fast to preview builds ahead of 19H1 getting a full launch next spring. Among the features we can expect on the release is support for the WPA3 wireless network connection security standard.

No official information on this feature has been given, while support is not currently available on preview through the Inside. However, in the latest Windows 10 19H1 preview (build 18272) there is a mentioned of a new API that hints at WPA3 support.

WPA3 is a new Wi-Fi standard announced by the Wi-Fi Alliance in July. It is a new wireless connection standard and replacement for WPA2. The core benefits of WPA3 are improved security, including the ability to stay private on open networks.

Compared to WPA2, the standard has four new features:

It’s no surprise that Microsoft is adopting WPA3 on Windows 10, although it was unclear when that would happen. With the API now embedded in Windows 10 19H1 build 18272 on the Insider, it seems likely the adoption is coming next April.

That’s when we expect Windows 10 19H1 to reach end users, following a release pattern Microsoft has followed for the last two years.

This week, Microsoft announced a new preview release for Windows 10 19H1. Among the new features included on the release was the ability to turn off Focus Assist in full-screen mode and the ability to toggle camera and microphone access in Microsoft Edge.