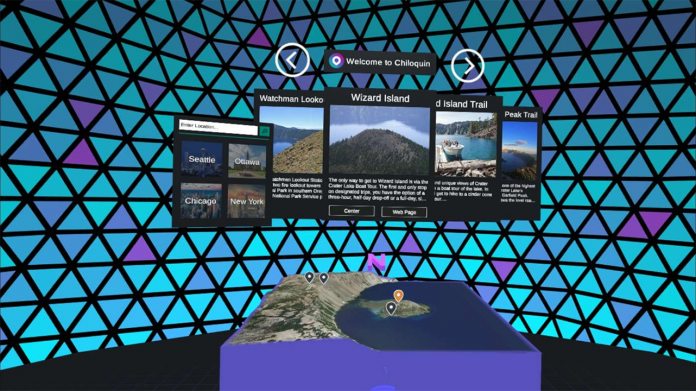 Microsoft Outings has received a quiet Mixed Reality release. Originally formed as an app by Microsoft Garage, it lets users discover beautiful locations across the world with supplemental travel articles.

The idea was always to give users a feel of the location and the activities that are available. That concept should translate well to mixed reality, enabling a sort of virtual tourism where users can view cityscapes and landscapes.

Currently, though, the app is looking very basic. Microsoft Store screenshots leave a lot to be desired, with a dated interface and low-resolution assets. It’s clear this is in the earlier stages of development, but there’s a lot of potential for those with a compatible headset.

Microsoft Outings is currently available on iOS and Android, so this is the first time it’ll be coming to the desktop. However, though regular Windows 10 users can download the app, they won’t be able to use it unless they have a headset.

Even then, MR users may be better served with Google Earth VR for the exploration aspects. It’s available via Steam and includes inbuilt tours of tourist hotspots. The only real benefit of Microsoft’s app is the supplementary articles, which are perhaps best read somewhere other than VR.

Either way, the app is available completely free of charge and may be a good way to spend an afternoon. At 164 MB, it shouldn’t take long to download, either. If you’re interested, you can grab it below: