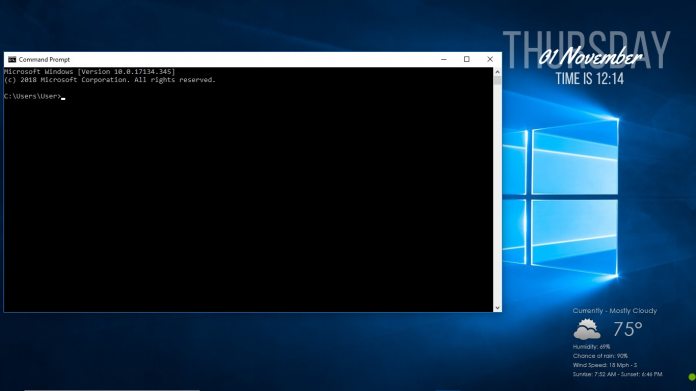 Microsoft has dropped some handy news for users of the Windows Console on Windows 10. The company has released a new update for the text user interface. This latest release adds some new features to the console, including some we think users will appreciate.

All the changes are part of Microsoft Wider Windows 10 Insider Build 18272 released.

Chief among the new features is the ability to zoom into specific contents of the Windows Console screen. Users can do this simply by selecting Control with Mouse Scroll Wheel/Trackpad combination.

While it may seem a minor detail, it is a tool Windows Console users have long requested. Screen resolution has increased dramatically over the last 10 years and interfaces like the console have become more difficult to read. Zooming provides extra detail when it is needed.

Importantly, the zoom function is available across all Consoles, including Cmd, WSL, PowerShell, and more.

Elsewhere, Microsoft says Windows Console now know which theme you are using. In other words, the console will respect the them and will match the scroll bar to the theme. Yay for those who love the Dark Theme as it will now show in the console.

Away from the Windows Console, the latest Insider release for Windows 10 makes some other changes. Microsoft has redesigned the sign-in options for Windows Hello. The company says sign-in settings are now less cluttered and easier to manage.

Also included was an expansion of SwiftKey’s Typing Intelligence in Windows 10: “We’re excited to announce that we’re expanding support to the following languages:

For a full rundown on the changes in preview build 18272, check out the Windows Blog here.