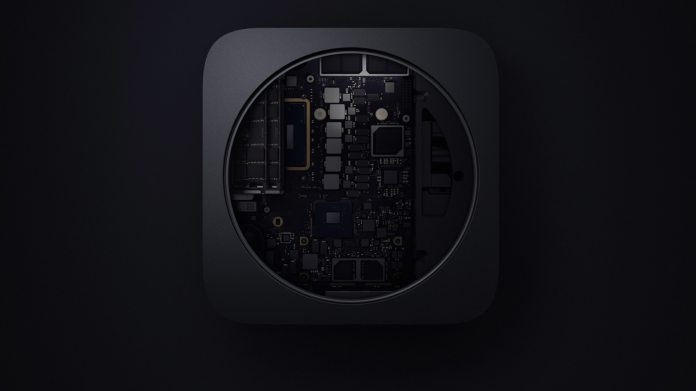 Apple has announced the 2018 version of its Mac mini, a 7.7×7.7-inch device that packs a significant punch. The first entry since 2014 comes with some major spec upgrades, including the latest Intel processors and 2666 MHz RAM.

In terms of design, little has changed. The Mac Mini retains similar dimensions and design but offers a new space gray finish. It also ups the number of Thunderbolt ports to four and adds two USB-A ports.

However, for the security conscious, the 2018 Mac mini is another step up. Apple’s T2 chip is present, providing data encryption while also greatly increasing HEVC transcoding performance for editors.

It joins a number of other new releases, including the MacBook Air with a retina screen and a bezel-less iPad Pro with a strong GPU.

Unfortunately, though they can order now, customers won’t get the mini until its release on November 7 alongside the iPad. The Air launches on November 6.