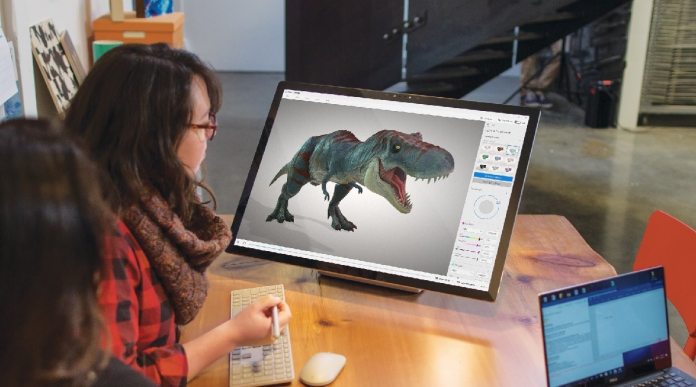 Along with the launch of Windows Mixed Reality, Microsoft also rolled out its Mixed Reality Viewer application. As the name suggests, the app allows users to see 3D virtual content designed for the mixed reality space. Microsoft says it has now rebranded the app to the more accurate 3D Viewer.

To accompany the new 3D Viewer name, the company is also adding plenty of new features and changes. It is worth noting that the app has been in preview on the Windows Insider Program for a while.

Microsoft is now rolling it out to all users with the version number 5.1809.20012.0. Perhaps the biggest change in terms of features is increased controls for the look and feel of a model. Users can now adjust more aspects of saturation, color, and other values.

Elsewhere, 3D Viewer now comes with a new Statistics and Shading section. In this area, users can inspect and change shapes and dates of objects. In terms of UI, the app now looks different as Microsoft has replaced the hamburger menu with a top down menu.

For more changes, check out the full changelog below:

The new 3D Viewer experiences is available now from the Microsoft Store for Windows 10 here.