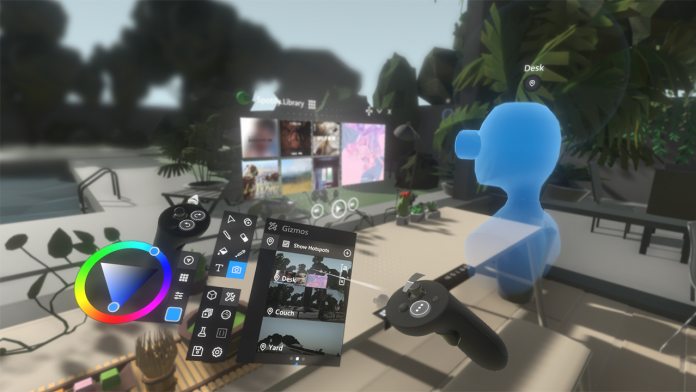 Microsoft’s Mixed Reality efforts haven’t progressed as quickly as some anticipated, though they’re growing steadily. In the meantime, the company has other strengths. As a software developer and game publisher, it’s in a strong position to offer strong VR focused tools, and users have received an early look at one of them.

The ever-vigilant WalkingCat has discovered Marquette, an MR prototype tool for PC VR headsets. It lets users plan their creations in 3D, rather than stare at a 2D screen, creating a more intuitive and easily testable experience.

According to Microsoft, Marquette began as an internal tool, but it quickly realized how useful it could be to the wider community. Though we’ve seen similar tools for VR creations, tools for Mixed Reality haven’t been as generous.

In many ways, Microsoft Marquette also looks like an evolution of those tools, letting users create UI interfaces for a Mixed Reality shop, for example, as well as virtual fantasy environments.

An explanation gives quick glimpses at what appears to be a very robust toolbar, with fill tools, paintbrushes, text, shapes, importing, backgrounds, animation, saved color palettes, and more. Users can quickly duplicate a high number of assets with what looks to be very few performance issues and quick access radial menus. You can even adjust the position of 3D models to suit your needs.

Naturally, all of the UI content conforms to Microsoft’s standards automatically. There are aspects of Fluent Design in there, and users are also able to create their own home space with access to Outlook, Visual Basic, OneNote, and more.

The website text suggests that Marquette isn’t quite finished, but the team will be releasing a beta soon. It’s looking for feedback on how to improve the tool and promises regular updates.

You can sign up for the beta here if you own an Oculus Rift, HTC Vive, or Windows Mixed Reality headset.