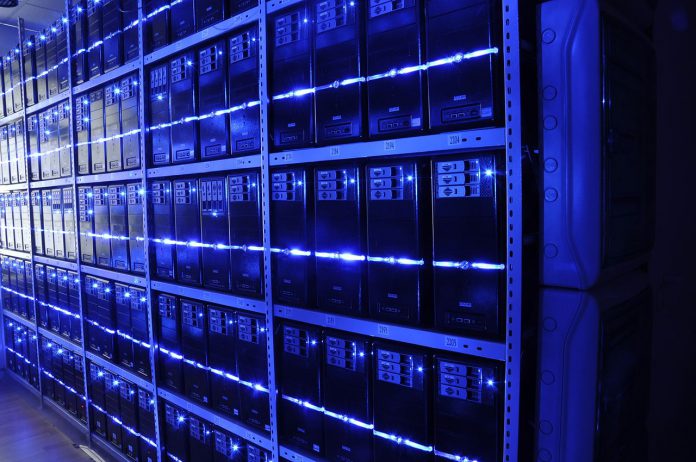 Earlier this week, Microsoft took to its techcommunity blog to discuss its Windows Kernel capabilities. Hari Pulapaka, Lead Program Manager for Windows Core Kernel Platform talked up the scalability and performance of Task Manager. He describes the accompanying screenshot as a “pre-release Windows DataCenter class machine”.

The image below is impressive for several reasons, such as with the number of threads in Task Manager. However, that’s not the whole story as there are actually 896 cores and 1792 threads when the Windows DataCenter machine runs hyperthreading.

More importantly, it seems this machine can access all of those cores and threads. Under the hood, Microsoft is using Intel’s Xeon Platinum 8180. This is the chip giants most powerful Skylake-SP CPU and the one with the most cores (28 with 56 threads).

There are also 32 sockets, which means the Windows DataCenter class machine can operate 32 full 28 core processors. What’s more impressive is the machine can run them all at once under a single Windows build. 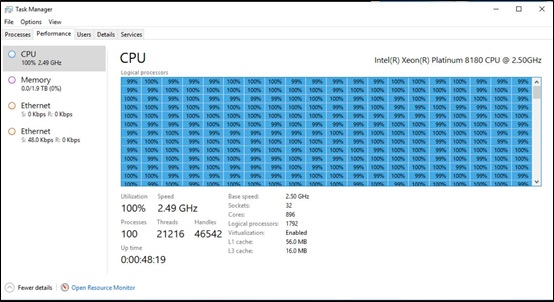 Microsoft is able to do this because of a feature built into Intel’s Xeon Platinum chipsets. OEMs can link together 8-socket systems (the socket limits for the CPU) and connect them into a single interface.

“It likely takes up half a rack, of not a whole one, and your guess is as good as mine on the price, or power consumption. In our screenshot above it does say ‘Virtualization: Enabled’, and given that this is Microsoft we’re talking about, this might be one of their internal planned Azure systems that is either rented to defence-like contractors or partitioned off in instances to others.”

Unfortunately, the blog source from Microsoft was dedicated to the company’s Kernel development (itself an interesting read). Unfortunately, not much detail is given on the so-called Windows DataBase class machine.

Microsoft did say it is a pre-release machine, so we guess the company will expand upon the development at some point in the future.