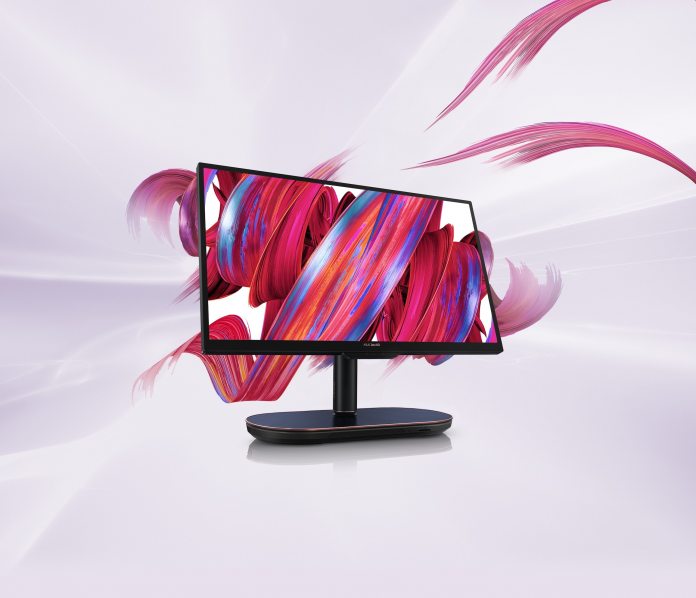 Indeed, some aspects of the Asus Zen AiO 27 is very similar to the Studio 2. It has a monitor that can be custom positioned by the user up to 45 degrees. Tilting the display down is possible up to five degrees and upwards by fifteen degrees.

Sadly, the Asus Zen AiO 27 is not as aesthetically pleasing as Microsoft’s Surface creations. Sure, looks are objective, but the Surface Studio 2 looks more premium.

In terms of specifications, the Zen AiO 27 gets a 4K screen resolution with 100% sRGB color accuracy. Customers can configure the device up to the 8th generation Core i7, the same chipset in the Studio 2. Elsewhere, you can choose up to a Nvidia GTX 1050 graphics card, 3 terabytes of storage, 32GB RAM, and an optional 16GB Intel Optance high-speed cache memory chip.

Customers will also be pleased to see the PC boasts two USB type-C ports, one of which has Thunderbolt 3 support. Yes, Microsoft’s Surface Studio 2 lacks this support. Another ace individual feature is a Qi-charger. This allows integrated wireless charging for Qi-compatible smartphones.

Asus says the Zen AiO 27 is available now for pre-order. The model is more affordable than the Surface Studio 2 at $1,999.