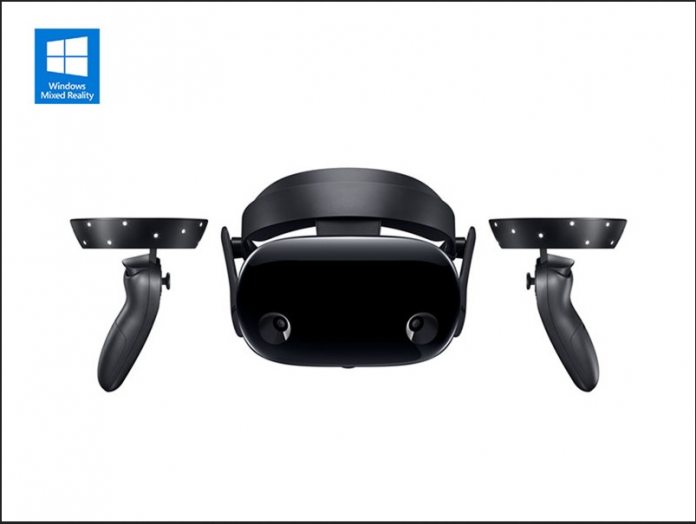 Last year, Samsung launched its Odyssey head mounted display (HMD) for Windows Mixed Reality. At the time, it was the best HMD available for Microsoft’s fledgling MR platform. Now, the South Korean giant is updating the device and launching the Odyssey+.

That little + on the end is important, simply because this a refresh and not a full sequel. Indeed, Samsung has made incremental updates to the product and the result is the Odyssey+. Despite the unexciting bump, the HMD remains arguably the most potent available for Windows 10 Mixed Reality.

In terms of improvements, the tweaks include a wider eye box to stop fogging. Users still get the same dual 3.5-inch AMOLED displays with 1440 x 1600 resolution per eye. Equally, the 110-degree field of view (FoV) has also been carried over from last year.

Samsung has, however, updated some of the underlying screen technology. The company has leveraged Anti-Screen Door Effect (Anti-SDE) technology in the Odyssey+. If you are unfamiliar with the tech, it allows improved pixilation.

Pixels are often a problem for HMDs, but Anti-SDE reduces the space between pixels to reduce pixilation. Users will see an improvement in PPI. Indeed, Samsung says the new displays churn out 1,233ppi compared to 616ppi on the original Odyssey. The obvious upshot of this improvement is less motion lag and dizziness.

The technical upgrade of the device continues with a new Inter-Pupillary Distance (IPD) wheel. Users can adjust the distance between lenses to suit their own eyes.

Samsung says the Odyssey+ is available from today and can be bought from Microsoft Stores and its own website. Like the original device, the new product is among the most expensive Windows Mixed Reality HMDs at $499.