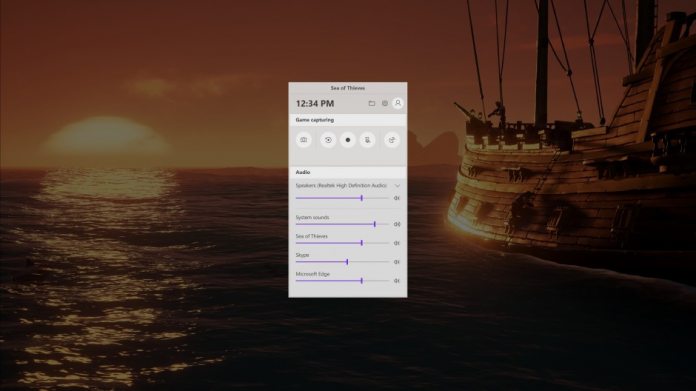 Microsoft yesterday officially launched the Windows 10 October 2018 Update at its Surface event. Simultaneously, the company said Windows 10 version 1809 is available right now, rolling out globally. One of the new additions to the platform is a new Game Bar application.

Game Bar is no pre-installed as an app on Windows 10. To see it, open the app from the Start Menu of shortcut via Ctrl + G. Among the abilities in the application are customization of audio channels and audio controls.

If you are unfamiliar with Game Bar, it is a feature for PC gamers on the platform. It offers quick access to settings and abilities, such as game recording and screenshots.

Elsewhere, Microsoft says it has cleaned up the general look of Game Bar. The company worked with user feedback to ensure the Game Mode does not interfere with gaming sessions as often.

Check out the changelog for the app below:

Fewer gaming interruptions: Based on feedback from gamers, we’ve simplified the way Game Mode works. Now auto-enabled for all games with a master On/Off toggle in Windows Settings, Game Mode suppresses Windows Update driver installs and blocks Windows Update interruptions such as restart notifications while you’re gaming. You may also see improved game performance with less FPS variability depending on the specific game and system.

It is worth remembering you may not see the Windows 10 October 2018 Update just yet. In fact, you may not experience it for a few weeks of months. That’s because Microsoft rolls out its platform in stages.