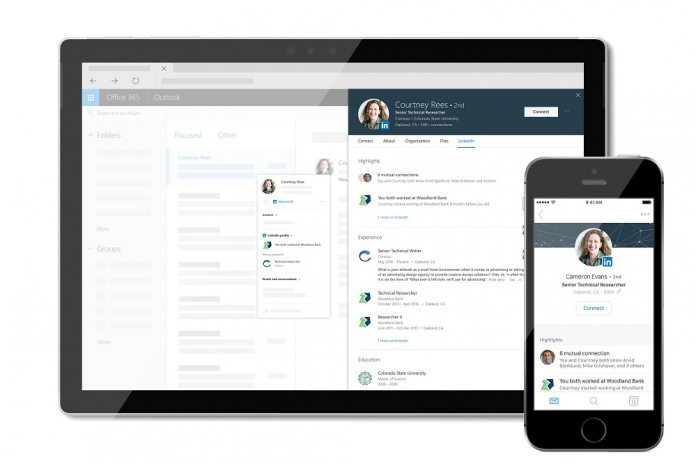 Last week, Microsoft made an unusual change. After almost two years of reporting LinkedIn revenue independently, it added the stats to its commercial cloud revenue. At the time, this was somewhat puzzling, but the Microsoft Ignite event has shed some light.

The tech giant is planning on deeper integrations with LinkedIn, specifically in its Office suite. After connecting the two platforms, users will be able to co-author documents with people in their network directly in Word, Excel, and PowerPoint.

Meanwhile, Outlook users will be able to send emails directly to those in their network and look up event attendees without leaving the app. The result is an intristic link between Microsoft’s two products, making that revenue change more sensical.

Unfortunately, this isn’t an integration anybody asked for. It’s rare that users will want to co-author via their network, and the Outlook integration is likely to increase spam even further.

It’s my assumption that we’ll continue to see intgerations in the future, at which point these changes will make a lot more sense. Ultimately these features are optional and minor, but it could be the start of something bigger.

Either way, LinkedIn made promises that it would remain an independent company inside Microsoft. It’ll be interesting to see if that changes any in the years to come, but it’s certainly thriving in its current environment.

Under Microsoft’s wing, LinkedIn reported $5.25 billion in revenue this finanicial year, $3.37 of that in commerical cloud.