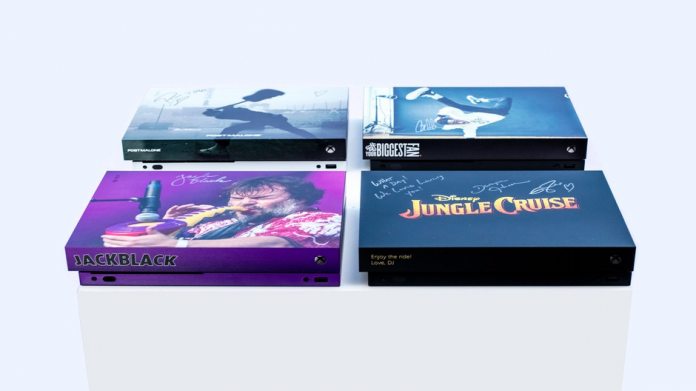 The company has teamed up with the Make-A-Wish Foundation to help raise funds for the charitable organization. Microsoft has debuted its “Consoles for Kids” program to help the goal.

New Xbox One X consoles with fresh decal designs are now available. These are one-off versions of the console that have been signed by celebrities such as Usain Bolt and The Rock.

Developers are also on board with special edition Xbox One X consoles based on major games. Among the triple A titles shown on the devices are Halo and, of course, Fortnite.

Below are the consoles available in the Consoles for Kids program:

As mentioned, these consoles are one-of-a-kind. As such, Microsoft wants a premium for them, although the company is not forcing the price. Instead, there is an auction available on CharityBuzz for each machine.

The auction runs until October 3, 2018 with minimum bids sets to $350. Of course, you can forget about getting any of these Xbox One X special editions for that price. Indeed, the Halo-decaled console is already over $2,000. Get your bids in now.

Microsoft says 100 percent of the proceeds will go to the Make-A-Wish-Foundation, including subtracting the cost of manufacturing and designing.