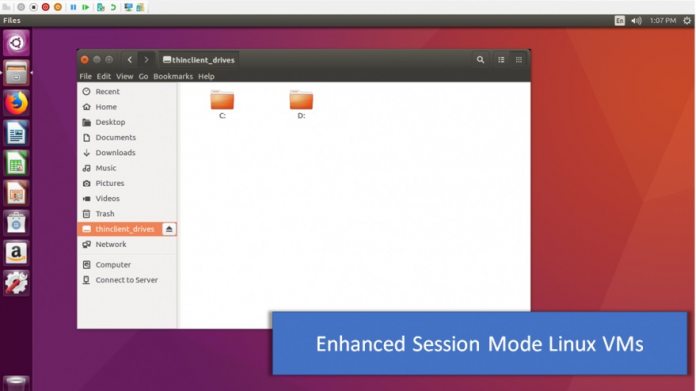 Microsoft has embraced Linux on Windows in recent years. The company is continuing to make open source more accessible on Windows 10. Yesterday, Redmond announced a collaboration with Ubuntu overseer Canonical. The two companies have developed an Ubuntu Desktop image in Microsoft’s Hyper-V.

In an announcement, Canonical explained the implementation of the Ubuntu Desktop image will allow a smoother experience on Windows 10.

Microsoft teamed with Canonical after users’ requests pushed for a better Ubuntu experience on Linux and Windows virtual machines (VMs). It is worth pointing out that the new integration with Hyper-V is still in development. Microsoft says this is just a preview.

“With the Hyper-V Quick Create feature added in the Windows 10 Fall Creators Update, we have partnered with Ubuntu and added a virtual machine image so in a few quick minutes, you’ll be up and developing,” said Clint Rutkas, a senior technical product manager on Microsoft’s Windows Developer Team.

The company partnered with the creators of the open source remote-desktop protocol (RDP), XRDP. With this integration, XRDP is now available on Microsoft Enhanced Session Mode. This allows Hyper-V to tap into open-source services in RDP to connect to Linux VMs.

Benefits of this integration include:

“Today we’re very pleased to announce that an optimised Ubuntu Desktop image is available from the Hyper-V gallery,” Canonical explains in its announcement. “This will give an optimum experience when running Ubuntu Desktop as a guest on a Windows 10 Pro desktop host. From the Ubuntu Report data we know that a lot of people are using Ubuntu as a virtual machine, and so we want to make that experience as seamless as possible.”