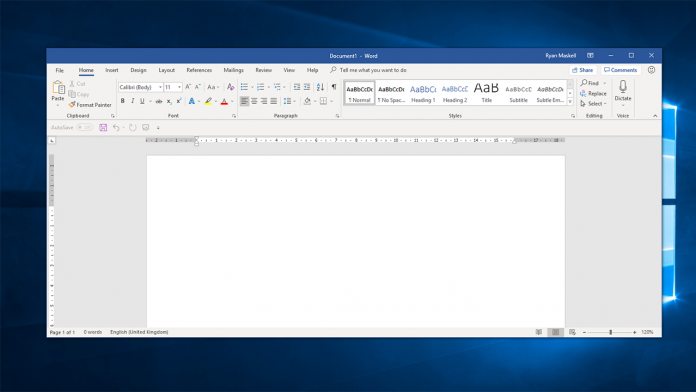 After several weeks of testing, Microsoft is rolling some Office features out to the Insider Slow Ring. Among them is the updated Office ribbon that was first revealed in June.

Users will note a new design for tabs and also better icons. The tabs are now all light grey with an underline rather than the previous squared design. Icons are improved across the board, presenting more contrast, better scaling, and a little more color.

However, the update goes beyond Office ribbon changes, introducing new functionality to Word, PowerPoint, Outlook, and Excel. Among the most useful the ability to @mention co-workers in comments in Word and PowerPoint, effectively requesting their input. I can see this being very useful for editors, who can use it over a traditional author query note.

PowerPoint is also getting the new proofreading tools from fast ring builds. The AI-powered feature checks for concision and grammatical suggestions as you type, with relevant examples and synonyms. The feature will improve as more users utilize it via machine learning, and there will soon be a dedicated editor pane.

Meanwhile, Outlook has many small changes. Outlook users can opt-in to new experiences early and will see people suggestions in the Schedule Assistant. Microsoft is also removing a minor annoyance with Outlook’s room reservation. You’re able to look for a conference room using more than one list, and switching lists won’t lose the rooms you’ve already selected.

In all, version 1809 is a strong update that will benefit from the testing on Insider rings. You can switch to the build via the Account>Office Insider menu in any of the supported apps.