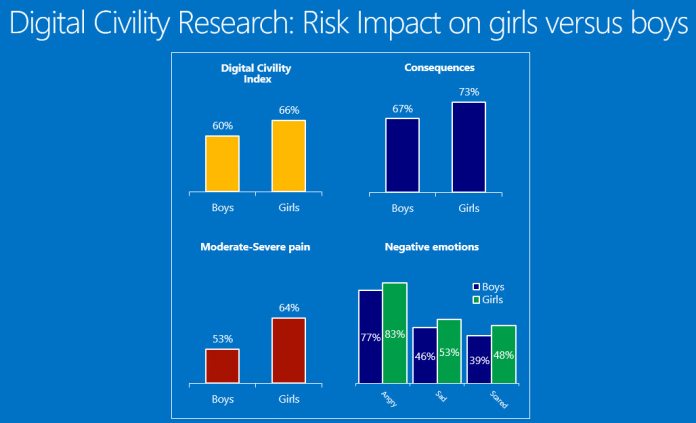 A quick glance through Reddit or social networks will show you there are a lot of depressed people. Mental health problems are rising to epidemic and the seeds for clinical depression are typically sewn at a young age. Microsoft has published a global study that shows teenagers are slowly seeking help from the parents when face with online issues.

More than four in 10 (42 percent) of teens from 22 countries have asked their parents for help when faced with online issues. While this is still less than half, it shows kids are slowly starting to understand help is better than silence.

There’s no doubt that teenagers are deeply affected by what happens online. A generation raised on the internet build many of their social structures online. From friendship to study to entertainment, teens place importance in the digital realm.

While the benefits of the online world are myriad, the negatives are crushing and can lead to deep social and mental problems. That 42 percent are now seeking help is important. Moreover, another 28 percent said they have taken advice from another adult, such as a teach or counselor.

The rise is encouraging to Microsoft:

“Those figures are up an impressive 32 and 19 percentage points, respectively, compared to last year’s findings which showed only 10 percent of young people turned to their parents for advice and just 9 percent asked for help from other adults. In addition, adults and teens across the globe say parents are by far the best placed of any group to keep young people and families safe online. Results show parents have both the greatest potential — and were deemed the most effective — at promoting online safety among young people, teens and families.”

The survey, titled “Civility, Safety, and Interaction Online – 2018” focused on teenagers aged 13-17 in 22 countries. Adults aged between 18 and 74 also participated in the study. 11,157 people took part in the research.

Data shows teenage girls are more likely to turn to their parents for help (44 percent vs. 37 percent of boys). Female willingness to engage with an adult was also observed for non-parent help (29 percent of girls vs. 26 percent of boys).

Maybe this is because girls are more likely to be affected by problems in their online life. The study shows teenage girls suffer more from online situations and face more instances of abuse, on average.

Countries participating in the study highlighted which risks are most prevalent for teenagers online: 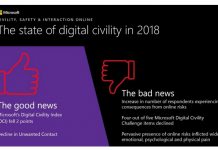 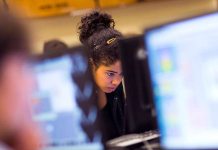