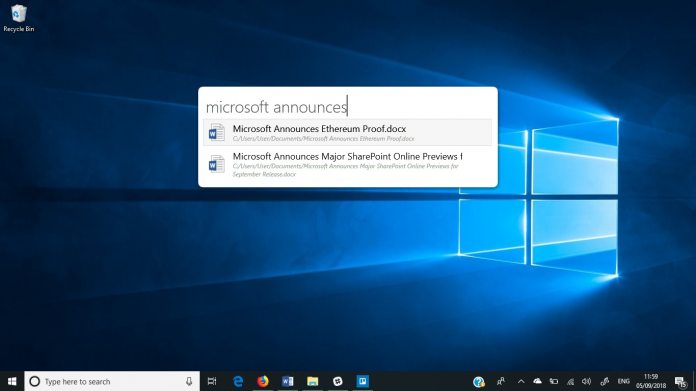 Windows 10 is a vast operating system with thousands of files. Finding something you need can sometimes be tough, and often leads to an unwanted rabbit hole. That’s because search on Windows can be a frustrating experience. Thanks to a third-party app called Jarvis, users may be able to transform their Windows searches.

Jarvis is an application that borrows the best elements of Apple’s Spotlight service. If you are unfamiliar with Spotlight, it is the search function used on Mac devices. It is a universal OS-wide feature that searches across apps, files, and the web.

Simply put, Spotlight is significantly more powerful and functional than Windows 10 search. With that in mind, Jarvis offers the same abilities as Spotlight, but implanted into the Windows OS.

The app is available for free and can be downloaded from GitHub here. It is worth noting the app is currently in preview, so there are a few bugs left to squash. That said, Jarvis is clearly a more powerful search feature for Windows 10.

It works across both Win32 and Universal Windows Platform (UWP) apps. However, I had more joy with it finding files on my PC. This is often a frustrating chore for me, but with Jarvis it was significantly more efficient.

To run Jarvis, press Alt+Space to bring up the white search pane. This is a similar search windows to Spotlight and it will remain hovering over any app or program you run while its open. To close the search, press Alt+Space again.

Typing in a search query will allow Jarvis to surface relevant results. In any app I tried, the feature worked quickly and accurately.

Again, this is for users who are frustrated by the universal search native to Windows 10. With that in mind, while Jarvis is a useful tool, I would like to see Microsoft transform Windows 10 search with a future update.

In the meantime, Jarvis is a free useful tool.