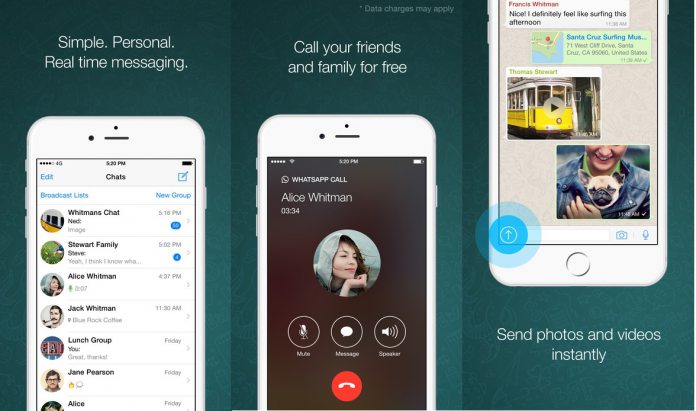 WhatsApp has rolled out a new update for its iOS application. The communication service now supports media previews that are sent to users through message notifications. In the release notes, the Facebook-owned company says the update is compatible with iOS 10 or later.

If you are new to WhatsApp on Apple’s mobile platform, it is worth noting the app does not support iPads. It is an iPhone only experience, so if you download it for the tablet you will get a small-screen render.

Previous versions of the app were limited in how users were notified of messages included in images. In fact, notifications for an image or GIF would simply show a camera emoji in the notifications. Users had to open the WhatsApp app to see the media.

With the release of version 2.18.90, that frustrating system has been replaced. WhatsApp on your iPhone will now present the image or GIF within the notification. This preview system means users don’t have to open the app to see the media.

Interestingly, users can also download the media directly from the notification to their device. This will only be necessary if the auto-download option is disabled in the application.

We are hearing reports that some users are not getting the feature when they update. WhatsApp has confirmed there is an issue and is working to solve it, so all eligible users get the feature.

Version 2.18.90 is not all about this new media support. WhatsApp has also received a feature for rooting out suspicious content. Specifically, the app will now flag links it believes are suspicious. The app automatically scans URLs and warns the user if something is suspicious.