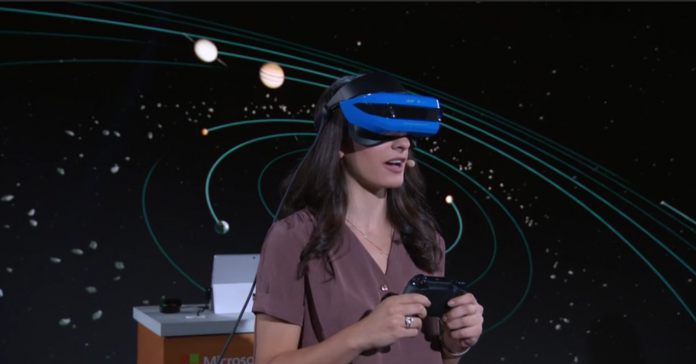 This year, Microsoft’s Windows Mixed Reality and related OEM headsets made their debut on the Steam platform. After a shaky start, Windows MR started to make an impact on the platform. The latest figures from Steam’s Hardware Survey show Windows MR devices are really gaining traction.

For what it’s worth, Valve produces a Steam Hardware Survey each month. I will probably not check in on these numbers month by month but will look into Microsoft’s performance sporadically. With that in mind, August was the fourth month in a row where Windows Mixed Reality enjoyed a sizeable bump.

The survey shows Windows MR devices accounted for 7.18% of Steam usage during August. That is an increase from 6.4% in July. As I mentioned, Microsoft’s platform has been on a steady upward curve for four months.

Since April, Windows Mixed Reality’s share of Steam usage has increased from 5.04% to 7.18%. These may seem like incremental numbers, but a new product making this kind of progress on an established platform is actually rare.

April is when Microsoft’s platform’s position on Steam was uncertain. That 5.04% usage share was actually a decline from March, leading some to think the Windows would struggle on Steam. It is now obvious Windows Mixed Reality was merely a slow starter. As more OEM headsets became available, the platform has increased its share.

Still, Windows MR has a distance to go to catch established VR names like Oculus Rift and HTC Vive on Steam. However, it is the latter device that seems to be suffering from Microsoft’s growth on the platform.

The Steam Hardware Survey shows HTC Vive’s lost usage in August, falling from 44.4% to 42.48% month-on-month. Sure, the gap between Microsoft and HTC is large, but the Vive company will be concerned about a trend that’s developing.

As for Oculus, the Steam usage leader has managed to remain unscathed throughout Windows MR’s growing popularity. Indeed, last month the company grew its usage share from 46.2% in July to 47.11%.