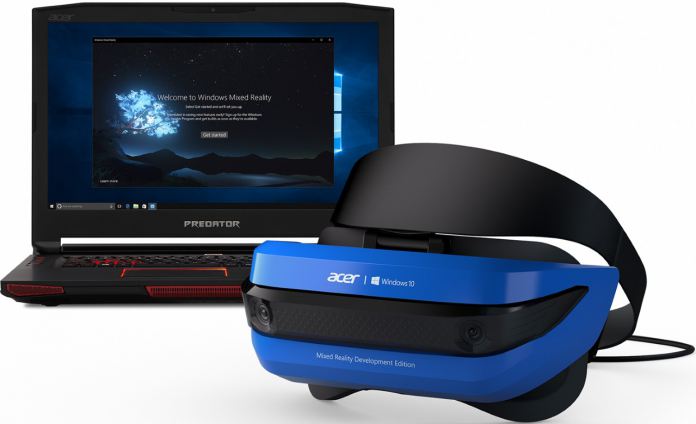 One of the consistent problems cited by virtual and mixed reality devices is nausea. Limited field of vision and how the displays refreshes are certainly problems on Microsoft’s HoloLens. However, at the company’s Microsoft patent division a breakthrough may transform HoloLens and all VR/MR devices.

A new Microsoft patent explains a technology for increasing the display refresh rate. Before getting into why a high refresh rate is good and how this technology could be transformative, let’s lay down its benefits in simple terms.

At its core, the “INCREASING EFFECTIVE UPDATE RATE FOR DEVICE DISPLAYS USED IN AUGMENTED REALITY HEAD MOUNT DEVICES“ patent would allow a headset to generate a new image per eye every 120th of a second. At best, current hardware can achieve a refresh rate of every 60th of a second for both eyes.

In mixed reality and virtual reality, having the best display possible is important. More specifically, the image you see through the headset should mirror as accurately as possible what is actually happening. In other words, there should be no time lag in the image being presented, even if it is milliseconds.

To achieve this, a refresh rate of at least 90 frames per second is needed. This has been easier said than done for manufacturers of head mounted displays (HMDs), HoloLens includes. Microsoft Research decided to tackle the problem, with Brian Guenter, a Principal Researcher and Group Manager, leading the way.

Guenter is no slouch when it comes to screen tech. Indeed, he is a specialist in low latency displays and improving graphics. The team discovered a method for manipulating the way an image is drawn on a display to avoid nausea, even with a 60 Hz refresh rate.

Most HMDs feature a single display, even if the panel is separated to the user by a goggle effect. However, even while running a 60 Hz refresh rate, the image is not drawn instantly on all areas of the screen. Instead, an image is sort of spread across a display, whether from top to bottom, left to right, or right to left.

In fact, it is the side to side draw that is used on HMDs. Because of this, one eye will see the image before the other, 8.3 milliseconds after on a 60 Hz screen. The Microsoft Patent will allow the HMD to create an image for one eye 8.3 milliseconds before the other eye. This means the second eye will not receive an old image. It is an effective way to essentially double refresh rate without changing the inherent screen technology.

It’s a sort of manipulation of the real refresh rate. Users are getting the 60 Hz image twice (once per eye at a delayed interval) instead of at once.

Because the change is not hardware-based, the new technology could be rolled out to existing HMDs. This could be achieved through the display driver.