A new Microsoft policy requires all of its contractors to offer 12 weeks of paid parental leave. The change affects all US-based suppliers with over 50 employees, from IT support to janitors and consultants.

In a blog post titled ‘paid parental leave matters’ CVP Dev Stahlkopf outlined the reasons behind Microsoft’s decision and its benefits. The change is rooted in a Washington State family leave legislation that will take effect in 2020.

“As we looked at this legislation, however, we realized that while it will benefit the employees of our suppliers in Washington state, it will leave thousands of valued contributors outside of Washington behind,” said Stahlkopf. “So, we made a decision to apply Washington’s parental leave requirement more broadly, and not to wait until 2020 to begin implementation.”

Microsoft will begin to implement its policies over the next 12 months rather than 2020, with payments of up to $1000 per week. It applies to both male and female employees and won’t replace more generous legislation in other states.

The U.S. remains the only developed country that doesn’t guarantee paid maternity leave. Eastern Europe holds some of the top policies, with up to 58 weeks of paid leave for parents in Bulgaria. In the U.K, parents are able to take up to 52 weeks off work, but the amount paid works out at around 12 full weeks.

With this move, Microsoft is looking to implement kinder policies, but the company also sees it as a win-win situation.

“The case for paid parental leave is clear. Studies show that paid parental leave enriches the lives of families,” explained Stahlkopf.  “Women who take paid maternity leave are more likely to be in the workforce a year later and earn more than mothers who do not receive paid time off.  Employers who offer paid time off for new mothers experience improved productivity, higher morale and lower turnover rates.”

Even so, Microsoft is part of the minority. The BLS reports that 13% of workers had access to paid family leave in 2016. Service jobs are among the lowest percentage at 7% of workers, while 6% of transportation and production employees have access. 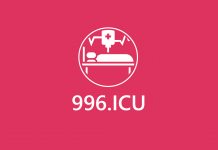