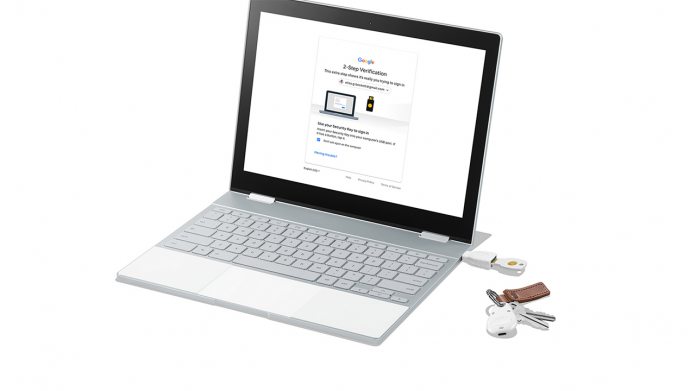 Google has announced the availability of its Titan Security Keys, a physical two-factor authentication method. The devices follow FIDO standards and come with an integrated hardware chip to help verify a user’s identity.

The Titan Key comes in two forms: a Bluetooth and NFC fob for mobile devices, and a USB key. Users have to enroll both keys, with one tucked away safely at all times.

The devices use cryptography to ensure the service the user interacts with is legitimate, while also verifying the device hasn’t been tampered with. They’re compatible with all major browsers, including Microsoft’s Edge.

For security-conscious users, it’s an extra level of reassurance. Such a device is much more difficult to compromise than a phone and supports other major services like Facebook, Dropbox, and Twitter.

“Security keys are appropriate for any security-conscious user, and we recommend that all users, especially high-value ones such as IT administrators, consider authenticating via security keys,” says Google.

Hilariously, though, Titan Security Keys won’t work with Google’s own laptop out of the box. The Pixelbook only has USB-C ports, not USB A. To use the USB key, users will also have to carry around an adapter.

The keys also don’t solve one of the solution’s major drawbacks. Using a USB authentication is fiddly, often more so than using biometric authentication on a phone. They also don’t come cheap, priced at $50 on Google’s store.

Offerings from Yubikey start at $40 and are arguably more secure as they don’t make use of Bluetooth. In fact, the company directly criticized Google, saying Bluetooth doesn’t offer the same level of security assurance as USB and NFC.

As a result, Google’s keys hit something of a middle ground. They aren’t quite as secure as some solutions but are more secure than traditional methods. If you’re happy with the small risk, you can grab one today from the Google Store.