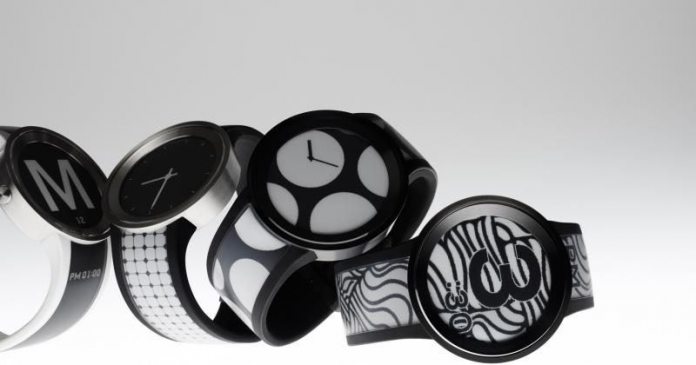 The wearable market has never really exploded, instead staying a solid niche area of the tech world. While some companies like Apple and Samsung have stuck around and found success, early smartwatch manufacturers like Motorola, Sony, and LG have dropped out. However, Sony is now making a comeback with a new smartwatch.

The Fes Watch U is not a smartwatch in a traditional sense. Available in Asian markets for some time, the device is now coming to Europe. Sony has seemingly left behind its Smart Watch brand and is moving to something new. Indeed, the Japanese is attempting to innovate, something we rarely see in the wearable market.

At IFA 2018 in Berlin today, Sony showcased the Fes Watch as a device using e-Paper technology. Most can probably remember Pebble, the company that broke records on Kickstarter, developer and always interesting e-Paper smartwatch, and then burned out.

So, the Fes Watch is not the first wearable to use e-Paper technology. However, Sony is implementing it in an interesting way. The whole device is clad in e-Paper, which means users can customize the entirety of their smartwatch, including the strap.

Of course, there are some clear limitations with the black and white e-Paper tech, so customizations won’t be colorful. However, both face and strap can be personalized through a smartphone application.

There are 100 per-loaded designs and we expect Sony will create more. Additionally, users can create their own designs to place on the Fes Watch U.

While Sony is classing the device as a smartwatch, it is more of a fashion-focused wearable. That’s because the company’s own proprietary software does not run applications. It seems the sole purpose of the device is to allow users to customize.

The Fes Watch will make its debut in the UK, Italy, France, Germany, and Spain in September. Sony has not discussed a launch in the United States. For a non-smart wearable with e-Paper tech, the Fes Watch comes with an eye-watering £529 (around $690) for the silver edition, or £699 ($900) for a black edition.