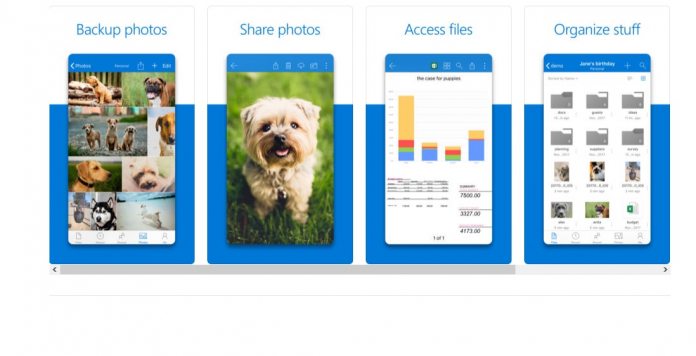 If you are using OneDrive on an iPad or iPhone, Microsoft has released a new update for the iOS app. The main new feature on board the release is a Super Zoom ability. As the name suggests, the feature allows users to zoom through on content within OneDrive.

On iOS, the cloud storage application is now up to version 10.29.6. Microsoft says the Super Zoom ability allows users to flick through images more quickly to find the required photo. This means users no longer need to open each photo.

Microsoft explains how Super Zoom works in the its changelog:

It is worth noting that Super Zoom is not available on OneDrive for Android or Windows. We guess Microsoft will bring it to those platforms eventually, but for now it is an iOS exclusive.

Yesterday, Microsoft detailed some powerful new tools coming to OneDrive on Microsoft 365. The company says a slew of artificial intelligence-powered abilities will launch on the service before the end of this year. The same features will also be available in SharePoint.

Among the AI abilities coming to OneDrive is automatic transcription for video and audio content. AI will work within OneDrive and SharePoint to transcript video and audio. This is the same artificial intelligence the company uses in its existing Microsoft Stream service.

“While viewing a video or listening to an audio file, a full transcript (improving both accessibility and search) will show directly in our industry-leading viewer, which supports over 320 different file types. This will help you utilize your personal video and audio assets, as well as collaborate with others to produce your best work.”