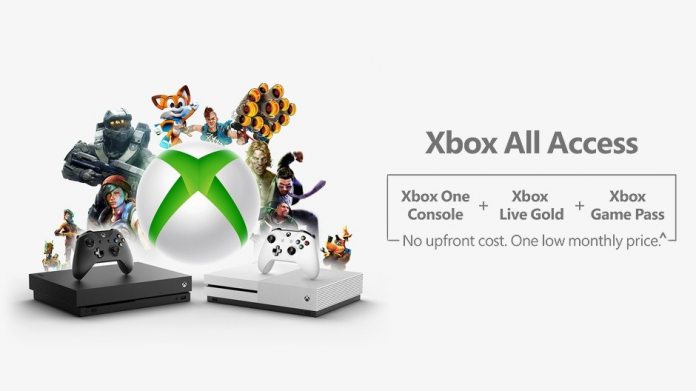 Microsoft has introduced an ambitious ‘Xbox All Access’ subscription, providing options to those without the up-front cash. For $22 a month, customers can get hold of an Xbox One S, two years of Game Pass, and two years of Xbox Live Gold.

For an additional $13, they can upgrade that to an Xbox One X, enabling the latest titles in 4K HDR. Payments happen over the course of 24 months at 0% APR, and you’ll own the console outright at the end.

Of course, while all these services would be more expensive individually, it’s unlikely you’d have them two years straight. The value of Game Pass is dependent on its variety over time, and you wouldn’t need Xbox Live Gold if you play primarily single player.

With two years of Gold membership, you’ll also get the benefit of game discounts and free titles, so the value is higher than you may expect.

Xbox All Access is an intelligent move from Microsoft and one that could be of huge benefit to certain types of gamers. It’s perfect for passionate owners of the original Xbox One looking to upgrade. These users are likely to see Xbox Live Gold as a requirement, and wouldn’t have to purchase a whole game library if Game Pass isn’t enough.

However, it could also be a way to draw PS4 owners who are intrigued about the direction Microsoft is heading. We know a game streaming service is coming, a new studio has been born, and all first-party releases will ship on Game Pass instantly.

If the rumors are true, new Xbox hardware is coming in 2020, so users who purchase now would finish a little way after its release. US customers can grab Xbox All Access now from the Microsoft Store.