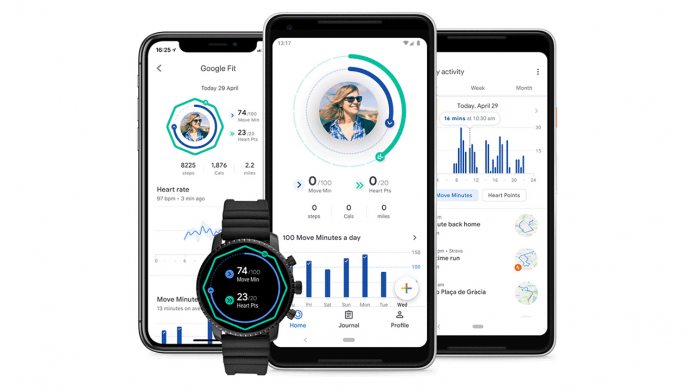 Google has announced a major update to its Google Fit app that includes a complete resign and new, intelligent fitness goals. The search giant has collaborated with the American Heart Association and World Health Organization to deliver metrics based on science.

Rather than its current primary goal of ‘steps’, Fit will center around Move Minutes and Heart Points. The first is self-explanatory, measuring user’s movements throughout the day and encouraging them to get more physical activity.

The second is a little more complex. User’s Heart Points will depend on the difficulty of the activity. Activities that make your heart pump more, like running, will score double that of walking. The idea is to make it easier for users to tell if they’ve reached the recommended amount, regardless of the activity.

In addition, Google Fit will start users with smaller goals and slowly ramp them up like an actual coach. It will also offer suggestions and nag you to reach your goals while maintaining a healthy exercise-rest balance.

Still, the most striking change will be the design, which fits much better with Google’s new philosophies. Its colored headers have been traded for a much whiter design that features central green and blue rings.

This won’t be good news for fans of dark apps, but Google’s watch face does show a black version. Speaking of watches, many are taking this as further evidence that the company has its own in the works.

Rumors suggest that a Google Pixel Watch will launch alongside the Pixel 3 and XL, with renowned leaker Evan Blass confirming. The revamped experience would do some of the heavy lifting and promote Android watches in general, which have seen a bit of a decline.

Earlier in the month, reports suggested the release of Google Coach, which will enable nutrition monitoring and more. Google is yet to mention those features, but they could come at a later date.