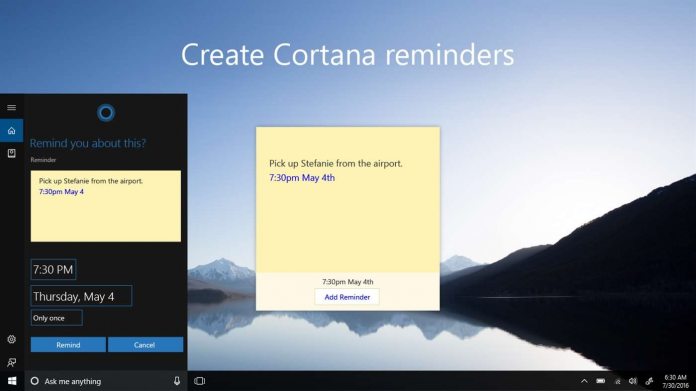 Sticky Notes is a Windows feature that has been on the platform for years. It is not frequently used, and we bet most users don’t even know it exists. Through Windows 10, Microsoft wants to change that situation. We seen last week how the company is boosting the capabilities of Sticky Notes. Now it seems Microsoft is working on expanding the feature to mobile.

Sticky Notes is a Universal Windows Platform (UWP) application. As the names suggests, it works as a post-it note system for your Windows 10 machine. Users can write a note and place it anywhere on the screen.

It’s a solid feature, but it almost becomes a gimmick with modern task managers that will ping a notification for any reminder. That may be a reason why Sticky Notes is one of those under-the-radar Windows 10. Interesting yes, useful maybe not.

In a report, Thurrott suggests Microsoft is now working on bringing Stick Notes to mobile devices. Of course, when we say mobile we mean iOS and Android since Microsoft no longer supports Windows Phone with new features.

The company is working towards introducing a new Sticky Notes app before the end of this year. While this would allow users on iOS and Android to place notes on their screens, the app would also be intelligent. This means it will sync notes across platforms, from mobile to Windows 10 PC.

Again, with OneNote available on mobile for note-taking and To-Do for tasks, we don’t see a major productive need for Sticky Note. Still, it will expand Microsoft’s desire to integrate Windows 10 more on mobile platforms.

Over the life of Windows 10, we have seen Microsoft put more effort into Sticky Notes. With the release of the upcoming October 2018 Update (Redstone 5), the company’s plans are moving into top gear.