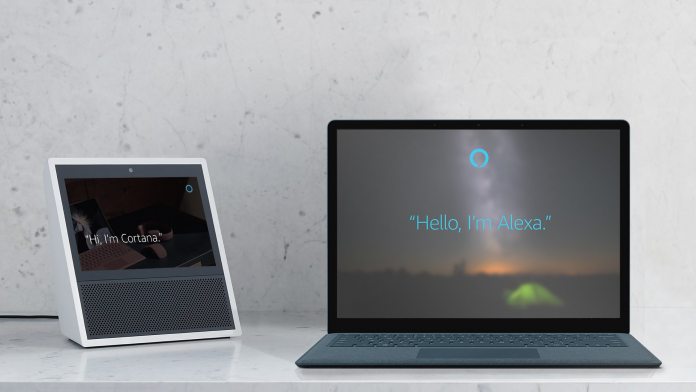 Almost one year ago to the day, Microsoft and Amazon announced a unique partnership. The companies said their Alexa and Cortana personal assistants will become integrated with each other. However, that collaboration has been delayed since, until today. Microsoft today announced how the Cortana/Alexa partnership will work.

This has been a long time coming as the two tech giants originally promised the integration at the start of this year. That deadline came and went as the companies missed their self-imposed launch.

Since then we have seen Microsoft’s Cortana strategy become confused, with the company now steering the assistant towards productivity. At the same time, Alexa found traction on Windows 10 and on several OEM PCs.

Now, the integration has finally been unveiled. We already knew the two rival virtual assistants can now communicate with each other. Microsoft expanded on what will make up the core of the partnership.

Firstly, the company says the way people interact in day-to-day life should be reflected in their digital lives. To that end, using two assistants for different tasks may make sense to some users. Launching in preview, the Alexa/Cortana integration looks to blend personal and productivity across assistants.

“The goal is to have two integrated digital assistants who can carry out tasks across different dimensions of daily life — at home or work, and on whatever device is most convenient. Currently, Cortana and Alexa can each be enabled as a skill on the other.

An Office 365 customer could, for instance, ask Cortana to summon Alexa through a PC at work and use Alexa to order groceries or adjust the thermostat before heading home for the day. And someone making breakfast in the kitchen could enlist Cortana through an Echo device to preview a daily calendar, add an item to a to-do list or check for new emails before heading to the office.”

As we knew, Cortana can now be accessed on Amazon’s Echo devices, while Alexa will run on Windows 10 PCs and the Harmon Kardon Invoke speaker. Opening in public preview this week, the integration is only available in the United States. Microsoft says it is asking for feedback to improve the crossover.

It is worth remembering the feature set is currently limited. Microsoft says services like music streaming and alarms are not available at the moment. More abilities will come to both assistants in the coming months.