The iPhone X’s portrait mode has been something of a sore point for its users, failing to produce better results than Google’s Pixel 2 despite its array of depth sensors. However, much can be improved on the software side of things, and test seem to indicate a step up in iOS 12.

Tests by Halide developer Ben Sandofsky seem to indicate a dramatic improvement to edge details, removing the feature’s main criticism. It can now pick out individual hairs accurately, putting it much closer to the depth of field found on DSLR’s.

Though we’re yet to see full sample images of improved functionality, Sandofsky has shared some black and white examples that highlight the changes:

Of course, Apple will be releasing new hardware alongside iOS 12 which may even improve its portrait mode further. Leaks so far suggest three new iPhones, one cheaper bezel-less model, an iPhone X refresh, and a larger 6.5″ model.

The two premium models are rumored to have improved screens, better processors, and battery life improvements, but reports on the cameras are conflicting. Forbes suggests triple cameras on the Plus model, while Economic Daily suggests such a device won’t release until 2019.

So far, there has been little information about front facing cameras or the infrared and dot sensors. It’s possible Apple’s new releases will propel the feature even further, finally beating out the competition.

Whatever the case, it’s good to see the company making improvements on the software side. iOS 12 is currently in beta and will launch this September. 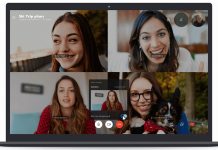 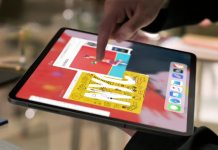