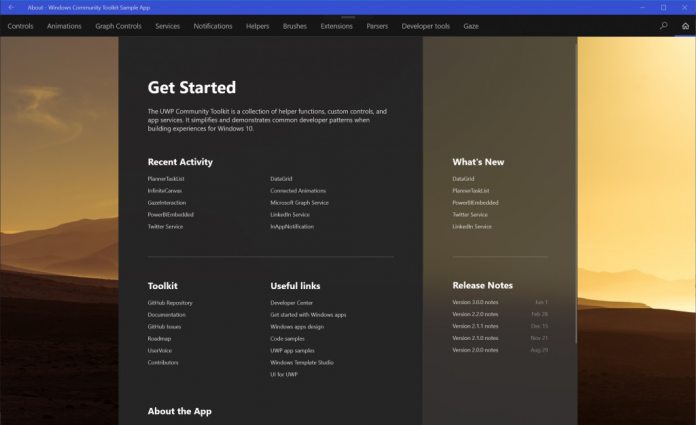 Microsoft has quickly followed up the recent release of Windows Community Toolkit 3.0 with the launch of version 4.0. The latest release for the developer-focused open source service introduced several improvements. Users will also be happy to some new additions making their way to the toolkit.

Windows Community Toolkit is an entirely open-source project that lets the developer community collaborate to introduce new capabilities on top the SDK. By removing code, the service makes it easy for even development newbies to create UWP content.

The company is continuing to expand the influence of Fluent Design. Microsoft’s Windows 10 UI design language is an evolving aesthetic first introduced last year. Fluent Designis now found on the New DataGrid. The company points out this is for Universal Windows Platform (UWP) developers.

Two new Microsoft Graph control have been added to give developers more tools to work with. Microsoft has also made some more general improvements, such as several services moving to .NET Standard.

You can check out the full changelog for Windows Community Toolkit 4.0 below:

As usual, the toolkit is available for users to manually install, or can be automatically taken through the Windows Developer Blog. Lastly, the files for the update are also available in the official GitHub repository.