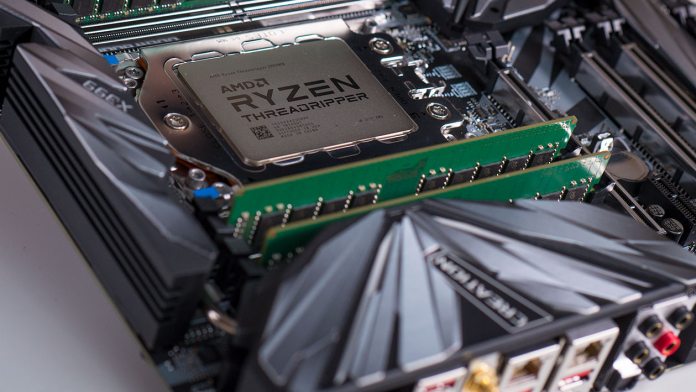 Last year, AMD debuted the Ryzen range of processors, which for the first time put Intel under pressure in terms of performance and price. Indeed, the CPUs allowed the chipmaker to generate its first profit in years. Threadripper processors followed last July and AMD has now updated its hyper-performance range.

The second generation Ryzen Threadripper chips will arrive later this month and into October. AMD describes the processors as “record breaking”. Two CPUs make up the X series, which AMD says are all designed to appeal to gamers and enthusiasts seeking extra power.

As expected with these high-end processors, AMD is charging a harsh price. The company says the processor (2990WX) will cost $1,799. Ouch indeed, but AMD is quick to point out this is more affordable than Intel’s rival Core i9-7980XE, which costs $1,999. 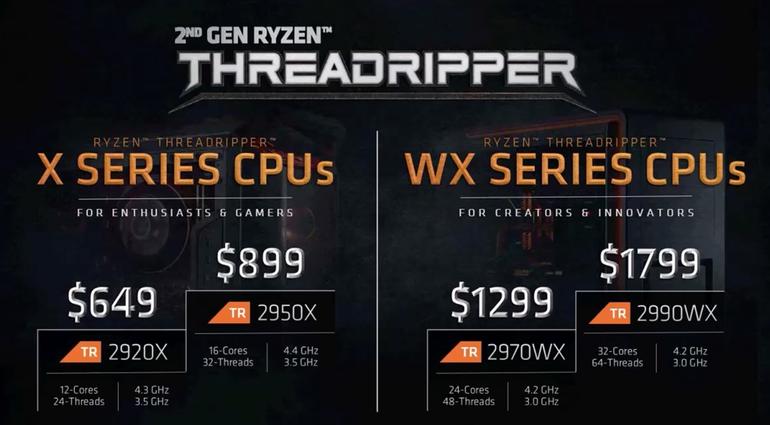 The four processors in the new Ryzen Threadripper series are:

These mega-chips are all around the size of a small smartphone and AMD says they are record breakers in terms of performance. Specifically, the Threadripper 2990WX, which bested the record on the Cinebench R15 multi-threaded CPU test. The chip achieved a record score (7,618) in the single-socket desktop processor category.

“We created a new standard for the HEDT (High-End Desktop) market when we launched our first Ryzen Threadripper processors a year ago, delivering a ground-breaking level of computing power for the world’s most demanding PC users,” said Jim Anderson, senior vice president and general manager, Computing and Graphics Business Group, AMD.

“Our goal with 2nd Gen Ryzen Threadripper processors was to push the performance boundaries even further and continue innovating at the bleeding edge. Beginning on August 13, creators, enthusiasts, and gamers everywhere will get to experience the benefits of these new products.”

All four 2nd-generation Threadripper chips — which are about as big and heavy as an iPhone 5 — are built using the 12-nanometer “Zen+” core architecture, and feature 2nd-gen AMD Ryzen processor feature set.

The processors are also compatible with existing and new X399 Socket TR4 motherboards. Overclocking is among the trump cards for the new processors. For example, the Ryzen Threadripper 2990WX can be overclocked to 5.1GHz when coupled with liquid nitrogen cooling.