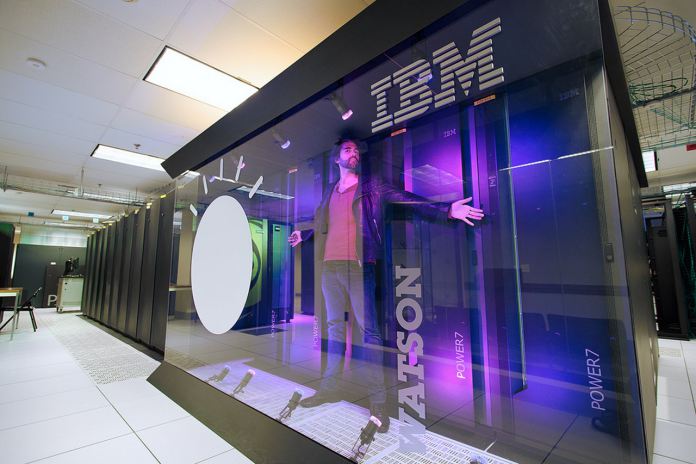 For the smartphone generation, the name IBM probably does not mean a lot, at least in the consumer world. While Big Blue has continued to be a massive company, devices and front-end software makers like Google, Microsoft, Amazon, Apple and Facebook make for more compelling media fodder.

Still, it is worth remembering that all of those companies remained in IBM’s shadow for decades. As a report from ZDNet shows, it is only this month that Microsoft managed to move from under that shadow.

When Redmond’s FY 2018 earnings were announced earlier this month, they included two milestone firsts. Microsoft’s revenue passed $100bn for the first time. Secondly, the total $110.4bn turnover was the first time Microsoft had ever been bigger than IBM.

In fact, while Microsoft has been on an upward trajectory of late, IBM has been moving in the opposite direction. As Redmond soared to new heights, Big Blue’s last year-end financials (2017) showed revenue of $79bn. Still a huge amount of course, but evidence of a gradual decline. IBM drew in a peak of $106.9bn in 2011, the best it ever got for the company.

So, chalk up another Microsoft milestone. It is now bigger than IBM has ever been. It is worth noting that IBM is prone to peaks and troughs in its year-end revenue. Although, while Microsoft trajectory looks to be firmly in stability and/or growth, IBM’s has been trending downwards in recent years.

The obvious question is why the report links Microsoft and IBM so closely. Well, the simple answer is because IBM has played a significant role in the history of Microsoft, for better and for worse. It was the company that put Bill Gates’ fledgling Microsoft on the map by using the Basic and MS-DOS platforms for its IBM PC.

That 1981 machine helped define the modern personal computer and allowed Microsoft to become a major Silicon Valley player (while being based in Washington).

The two companies later clashed and parted ways. Over the next two decades to 2000, Microsoft grew and became the de facto tech company. So much so, the company lost a US antitrust case for monopolizing the market. Microsoft had increased revenue to $25.30bn by that time. Not bad, but under-the-radar IBM was still raking in $87.4bn in 2001.

Over the next 15 years, Microsoft continued to grow despite plenty of market missteps, while IBM stayed stable. By time then CEO Steve Ballmer stepped down to be replaced by Satya Nadella, year-end revenue had increased to $86.83bn. However, Ballmer’s tenure had been a mixed bag where Microsoft completely missed the smartphone boom, but still enjoyed revenue growth.

Nadella entered a company that was becoming rudderless. One of Ballmer’s last acts as CEO was to provide Satya Nadella with his first major headache. The $7.2bn acquisition of Nokia’s smartphone division was written off by the new CEO as Microsoft headed into a major restructuring focused on cloud computing.

We know it was successful and continued growth has led to July’s record figures.