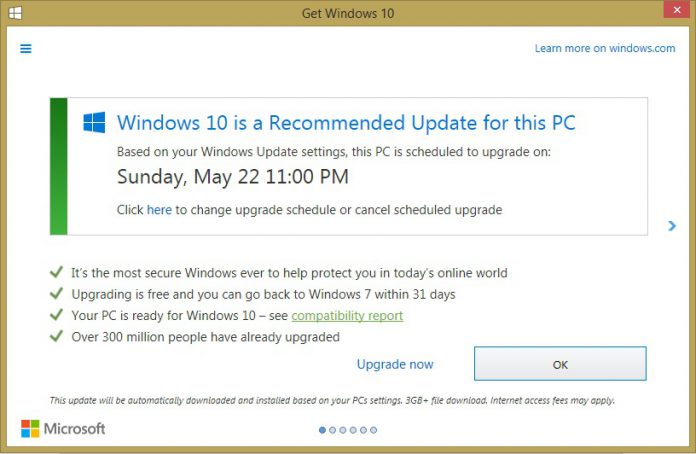 Since the launch of Windows 10, Microsoft has received widespread criticism for the way the platform updates. New releases are forced onto users, especially early in the life of Windows 10. Microsoft is continuing to improve the update method and is calling on Artificial intelligence to help.

The company has previously discussed how AI is transforming the efficiency of Windows 10 updates. Microsoft says the recently launched April 2018 Update reached more users faster because of AI.

Looking back to some previous Windows updates, it would be hugely frustrating when the platform would start updating randomly. Most users would want to update (although some don’t), but a more efficient way of updating to avoid user conflict makes sense.

The new predictive model looks at user data to know when the best time is to update:

“We heard you, and to alleviate this pain, if you have an update pending we’ve updated our reboot logic to use a new system that is more adaptive and proactive. We trained a predictive model that can accurately predict when the right time to restart the device is. Meaning, that we will not only check if you are currently using your device before we restart, but we will also try to predict if you had just left the device to grab a cup of coffee and return shortly after.”

Microsoft has been testing the new machine learning integration internally. The company says it has managed “promising results upon rollout”. At the moment, the model is only part of the update experience in the Windows Insider Program.

While this is a step in the right direction, why is it so hard to simply give users complete control over when they update. We know the Microsoft argument, that many users will forget or not bother updating. This means many will miss out on new features and more importantly new security updates.

As someone who has come back to his PC to find it has shut down randomly to a forced update, more control would be nice.