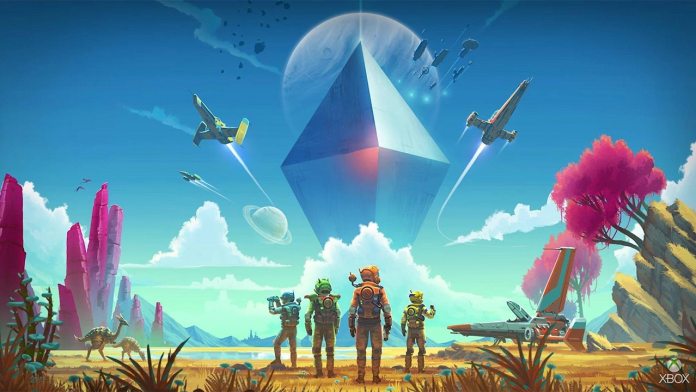 No Man’s Sky has finally released on Xbox One after a controversial launch two years ago. The sandbox game features a procedurally generated universe but failed to deliver on many of its pre-release promises.

On an Inside Xbox stream in May, founder Sean Murray announced the news, as well as new features coming to the title. The game will launch on Xbox with No Man’s Sky NEXT, its latest free update which includes full multiplayer support.

Players will be able to team up to survive in the procedurally generated universe, either in a party or finding each other naturally. They’ll be able to build bases, race vehicles, and pretty on others. NEXT also introduces a third-person mode, base-building improvements, appearance customization, fleet assembly, and more.

We’ve spoken previously about the huge from developer Hello Games to get the game to this point. Despite huge negative press, the team has kept going, adding swathes of new features and largely turning around its public perception.

However, it’s possible Xbox users will still be hesitant to purchase the game given its shaky history. We’re yet to play the latest update,  but we can repeat promises from Murray that No Man’s Sky will receive weekly content updates. The Xbox One X version will also include graphical enhancements, most notably 4K support.

Hello Games has also released a new community-focused website called Galactic Atlas, which reveals points of interest in the universe as determined by players.

“One day I hope to reach a point where I feel No Man’s Sky is ‘finished’, but luckily there’s still so much more we want to do,” said Murray in a recent blog post. “Working on NEXT feels important to us, but I know it’s not the end of the journey. We know the journey would be more fun together.”