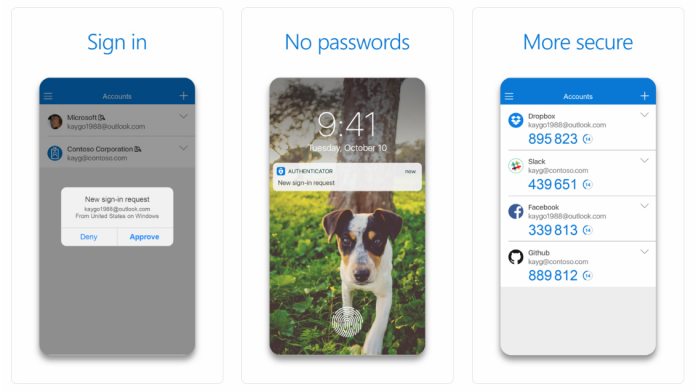 Microsoft Authenticator for iOS has scored yet another update, pushing the version to 5.9.4. The main feature is password-less sign-ins on some corporate and school systems for hassle-free access.

“Stop using passwords for your Azure AD account!,“ reads the changelog. “We are rolling out the capability to sign in without a password using Microsoft Authenticator across most sign-in surfaces. Upgrade to this new experience by enabling phone sign-in on your work or school account. You will begin to see a new log-in experience soon!”

Users can find more information under the Get Started section of the Help menu, which will explain the new feature.

This update comes a month after Microsoft Authenticator’s last release, which introduced suspicious sign-ins. The feature tells users if somebody has logged into their account from an unfamiliar location or device, allowing them to act quickly.

At the time, we noted that Microsoft seems to have a renewed focus on the app, releasing several major features in the past few months. Version 5.9.4 only serves to cement that, alongside its quick movement from TestFlight to full release.

The bug-fixed sign-in feature released to TestFlight users last week, and is already available. The team also appears to be ditching its silence when it comes to changelogs and rolling out important additions.

With hope, the updates will continue at this pace, though at this point, we’re unsure what else Microsoft could add. You can grab the latest version of Microsoft Authenticator below.