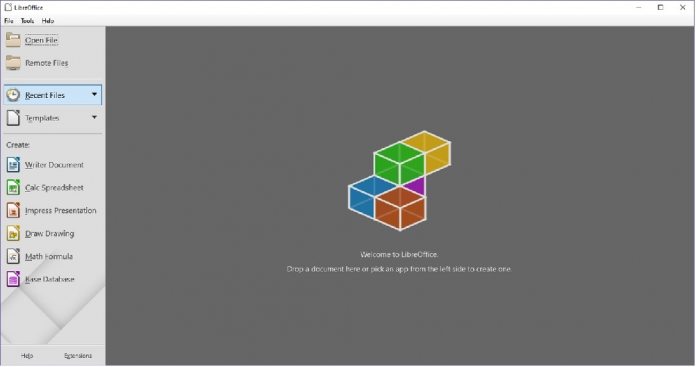 As we know, Microsoft’s Windows 10 has a severe app gap compared to other platforms. That’s why we rejoice whenever a good or even halfway decent application arrives on the Microsoft Store. So, imagine our happiness yesterday when LibreOffice landed on the store. Unfortunately, our merriment was short lived.

If you are unfamiliar with LibreOffice, it is widely considered to be the best alternative to Microsoft’s Office suite. It is a service that those who have been around long enough will remember was once called OpenOffice (albeit forked). The suite is free and open sourced, and while more basic than Microsoft Office, it has many of the same features.

We are not suggesting that LibreOffice bests Microsoft’s all-encompassing service, but it is a stellar service and is free.

Over the weekend, LibreOffice appeared on the Microsoft Store. Finally, free and high-quality productivity in the store. However, a caveat in the listing was quickly discovered. While LibreOffice is developed by the Document Foundation, the publisher in the store was listed as “.net”.

thanks. It is not ours.

Yes, sadly this is a release that has been published by a third-party. There are several reasons why that is unfortunate. Firstly, the app may not last that long if it violates terms of distribution and secondly it may have a lack of support in the future.

To clarify, the dev’s behind LibreOffice took to twitter to confirm the app is not theirs. However, they did not say the app would definitely be removed. Yes, LibreOffice is an open service, but it has distribution rules. The developers say they will look into whether this Microsoft Store listing violates them.

Should it Stay of Should it Go?

It is worth mentioning that as of writing the app listing remains in place. If I was to make a prediction, I would say this application will be removed soon for one big reason. This is a paid app which costs $2.99. This means the third-party if attempting to make money off what is a free and open platform.

Still, if you want to fork out the cash you will find LibreOffice in all its glory. This is a full release of the suite, including Calc, Writer, Draw, Impress, Math, and Base. Judging the reviews for those who have bought it, the apps all seem to work well.