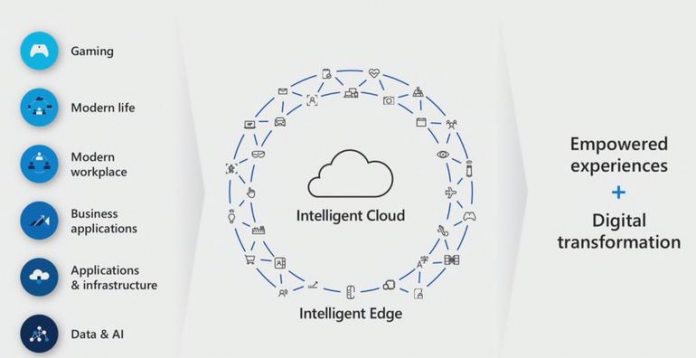 Earlier today, we discussed Microsoft’s blockbuster FY 2018 results, showing the company is thriving. However, it is clear that for the most part the recent growth and success as been driven by enterprise. Microsoft has lost many battles on the consumer front, but with “Modern Life Services” the company wants to win back hearts.

There have been several missteps in the consumer market over the years, too many to list here. Although, the management of Windows Phone and its eventual demise is the obvious example. Even Windows 10’s success has been built in business as consumers have generally turned away from PC.

Surface has grown and is now doing well, but other consumer-focused services have collapsed. Groove Music, Microsoft Band, and the ongoing app gap showcase how Microsoft has struggled to appeal to consumers.

“Modern Life” and “Gaming” are two new businesses in Microsoft’s digital solutions. Mehdi readily admitted Microsoft has dropped the proverbial ball with consumers and this year “we begin the journey to win back consumers with our vision.”

While Microsoft has made a total hash of consumer markets, the company should be applauded for hanging in there. Especially as it could be argued Microsoft does not need consumers such is its ongoing success in enterprise.

Mehdi says Modern Life Services will focus on Microsoft’s core abilities. He points out tech companies become known for one thing, even if they branch out. For example, Amazon is retail, Spotify is Music, and Apple is smartphones. Those companies do other things (very successfully), but their cores remain.

The executive says Microsoft’s core has always been productivity, so that’s where consumer focus must lie. Microsoft has previously tried to chase consumer trends, but now the company is focused in targeting consumers in the areas it is a leader.

Mehdi says Modern Life Service will focus on “professional consumers”. These customers will already be deeply integrated with technology but will be seeking ways to improve their experience and become more productive.

This leads to an obvious conclusion… the core focus of Modern Life Services will be apps. We have already seen how this could work for Microsoft. The company failed to transition consumers to Windows mobile devices, even with productivity apps like the Office suite. Despite this, those same apps have become hugely successful on iOS and Android.