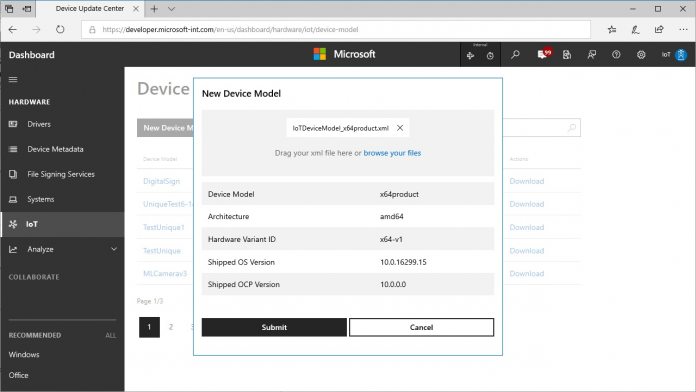 Microsoft has launched the first public preview of Windows IoT Core Services. The company introduced the new product at Computex 2018 last month. As revealed then, the service is a fully paid service unlike the subscription like structure of the regular Windows IoT Core platform.

The concept behind Windows IoT Core Services is delivering a platform for customers who plan to deeply integrate with Microsoft’s IoT offerings. With that in mind, the service comes with a long 10-year support.

Due to its long-term support, IoT Core Services will not be updated bi-annually like the regular IoT Core platform. Microsoft says the Windows Long-Term Servicing Channel (LTSC) allows the company to make a more stable environment:

“Devices using the LTSC release won’t receive feature updates, enabling them to focus on stability by minimizing changes to the base operating system. Microsoft typically offers new LTSC releases every two to three years, with each release supported over a 10-year lifecycle.”

Among the primary features of Windows 10 IoT Core Services are commercialization with Device Health Attestation:

“This cloud-based service evaluates device health and can integrate with a device management system to improve the security of an IoT solution. These features give our partners the foundation to build sustainable business models based on Windows 10 IoT Core,” Microsoft says.

Windows 10 IoT Core Service is unique in Microsoft’s IoT Core product range because customers need to pay for it. The company has a three-tier payment option for the platform.

Companies enrolled in Microsoft’s Cloud Solution Provider (CSP) program and resell IoT Core Services as a pay-as-you-go subscription. Microsoft says this option will be made available when the platform is fully launched.

Finally, OEMs can install Windows IoT Core Services directly into a device through a pre-payment. Again, this option will be expanded upon when the platform launches.