A newly uncovered Microsoft patent shows how the company will solve dual-screen problems with a powerful virtual keyboard.

This year we are seeing a design revolution get underway in the laptop market. OEMs are innovating with dual-screen devices. We have already seen the first exploration of this idea with the Asus ScreenPad, while Dell is working on its dual display Januss concept. Microsoft may not be making the Surface Phone, but laptops will go all-in with dual screens.

One obvious design constraint from having a dual-screen is where will the keyboard be? There are a few solutions. Firstly, if the inside panels are covered with displays, the outer shell could have a keyboard and some swivelling system. This admittedly is overly complicated.

Perhaps the second screen of a dual display machine will only cover a certain percentage of one side, allowing room for a keyboard. Again, it hardly seems practical. That leaves one option as the most likely… fully adopting of a virtual keyboard.

We have already seen how this may work in practice thanks to the Lenovo Yoga Book. This device has been available over a year featuring a full display panel and a Wacom writing panel. Interestingly, the writing panel also doubles as a virtual touch keyboard. The result? Well, it works ok for writing an email or doing some quick Microsoft Word editing. Still, I wouldn’t want to write anything longform with it. 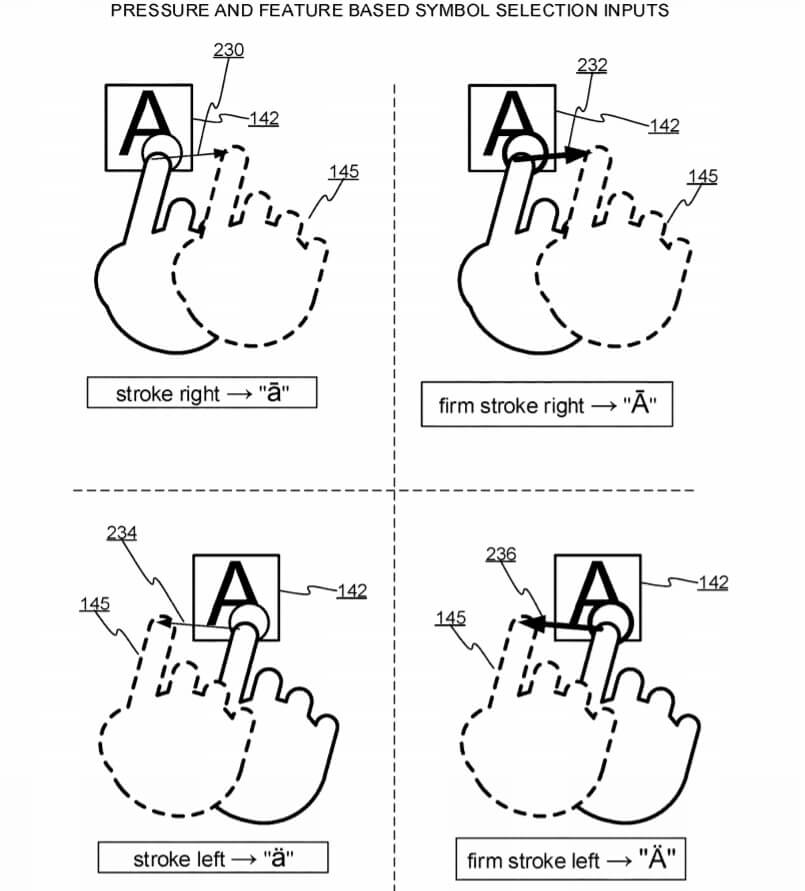 However, it is a concept that points us towards a dual-screens feature where typing is done on the display. Microsoft is also on board and the patent explains technology that works on a pressure sensitive screen.

The filing details how the deck would perform in Windows 10 on a dual-screened laptop:

Lenovo is expected to release a Yoga Book 2 this year. One obvious improvement the company can make is with the touch keyboard. It is doubtful Microsoft’s tech will be integrated, but it will be interesting to see progress nonetheless.

As for Microsoft’s patent, we can envisage it landing on a future Windows 10 build. The company will want to lead if OEM’s really embrace dual-screen form factors. It would likely be integrated into the existing Windows 10 virtual keyboard.