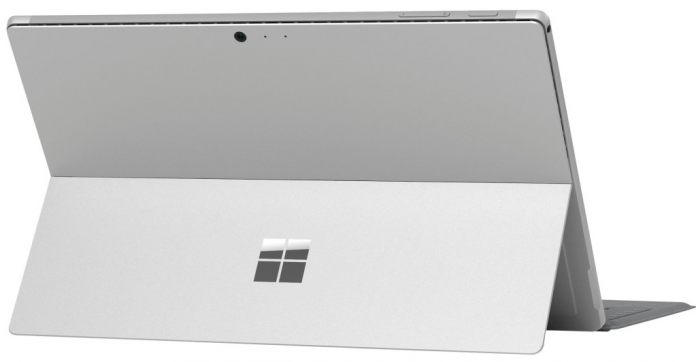 There’s so much smoke surrounding Microsoft’s apparent $400 Surface tablet that there must be some fire. Rumors surrounding the device have ramped up in recent weeks and even turned into more concrete evidence over the last 7 days. The latest information shows a leak of the tablet running through benchmarking software.

Ex Microsoft employee Mouni Reddy took to Twitter to show an OpenCL benchmark of the affordable Surface tablet. In case you are unfamiliar with the rumor mill surrounding the hardware, it is an affordable Surface slate that should be launched this year. It will be more oriented to consumers than the business-minded Surface Pro and will have lower specs.

So, what will lesser components mean for performance? Reddy compared the new Surface to Apple’s 2017 MacBook, incidentally a device that costs much more than $400. Microsoft device is running an Intel Pentium 4415Y, while the MacBook has a Core i5-7Y54.

As you would expect the more expensive and better processed MacBook outperformed the Surface tablet. The interesting thing about the benchmark is that Apple’s device did not win by much. Microsoft’s upcoming Surface scored 15,992 while the 2017 MacBook achieved 17,647 points.

It’s a noticeable difference yes, but not a vast chasm considering the MacBook starts at $1,299. Essentially, while the new Surface won’t be a bona fide laptop competitor, it will pack a solid performance punch. Of course, a more reasonable comparison would be against one of Apple’s iPads.

There have been a couple of recent hints that a $400 Surface tablet will arrive soon. Microsoft suffered a leak of its Surface roadmap last month. Just yesterday we reported on the new device making its way through the Federal Communications Commission (FCC).

The FCC is a United States regulatory body that clear products to be sold in the country. When a device passes through the FCC, it is usually only a matter of weeks before it is launched. In the case of the Surface tablet, it is more likely the slate will be launched later this year.