A proposed amendment to EU copyright law has been rejected by the European Parliament after a vote in Brussels. The controversial change has been widely criticised by the tech community, so this represents a rare victory for tech companies over the EU.

Most criticism was focused on Article 13 and Article 11 of the amendment. The former would have made content like memes and remixes becoming illegal. For example, memes often use content from somewhere else and add to it. Some European lawmakers argued this infringes copyright.

As for Article 11, it would have introduced a link tax into European law. Major companies like Microsoft and Google would have to pay publishers when they link content. One of the main pushbacks on this law was it would stifle free speech.

Clearly enough MEPs agreed and decided to squash the amendment. Julia Reda, a MEP for the German Pirate Party has been vocally critical of the proposal. She took to Twitter and confirmed the changes had been rejected.

Great success: Your protests have worked! The European Parliament has sent the copyright law back to the drawing board. All MEPs will get to vote on #uploadfilters and the #linktax September 10–13. Now let's keep up the pressure to make sure we #SaveYourInternet! pic.twitter.com/VwqAgH0Xs5

It is worth pointing out that the vote simply rejected the amendment in its current form. Lawmakers can return to the drawing board and further change the proposal. Another vote is scheduled for September 10 – 13.

While tech leaders such as Wikipedia co-founder Jimmy Wales and Mozilla co-founder Mitchell Baker slammed the proposal, there were many who backed the amendment. Among them was Paul McCartney, the world’s richest musician. In an open letter (referring specifically to Article 13) to the European Parliament, he said:

“Unfortunately, the value gap jeopardized the music ecosystem. We need an internet that is fair and sustainable for all. But today some User Upload Content platforms refuse to compensate artists and all music creators fairly for their work, while they exploit it for their own profit. The value gap is that gulf between the value these platforms derive from music and the value they pay creators.”

As another vote is coming in September, we expect this is far from over. 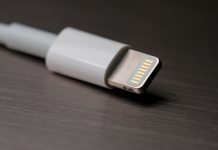