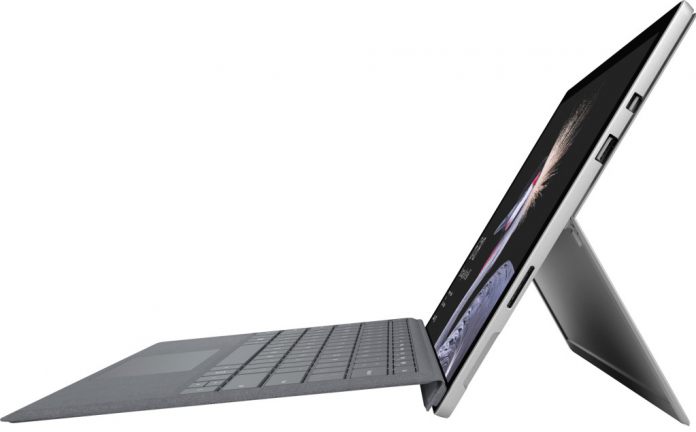 With Microsoft’s Surface Phone apparently nixed, attention turns to the other Surface devices Microsoft may launch in 2018. A Surface Pro 5 is possible but is more likely to roll out in 2019. Instead, it is becoming increasingly likely the company will launch an affordable Surface tablet.

There have been a couple of recent hints that a $400 Surface tablet will arrive soon. Microsoft suffered a leak of its Surface roadmap last month, which detailed the affordable Surface and Surface Phone (backed by the AndromedaOS).

We already know the Surface Phone has probably gone, although Andromeda will likely live on. However, the affordable Surface tablet is a more probably device and new evidence supports its launch this year.

WinFuture has found an FCC filing made by Microsoft that passed this week. The filing seems to be for the $400 Surface device. As you may know, the FCC is a United States regulatory body that clear products to be sold in the country.

When a device passes through the FCC, it is usually only a matter of weeks before it is launched. In the case of the Surface tablet, it is more likely the slate will be launched later this year. Potentially Microsoft will announce it at the launch of Windows 10 Redstone 5.

We know the Surface tablet will be under-powered compared to the enterprise-ready Surface Pro. As a more consumer-oriented device, less power will mean a lighter and potentially thinner that other Surface devices.

Unlike the ill-fated original Surface products that shipped with Windows RT, the affordable version will get full Windows 10.