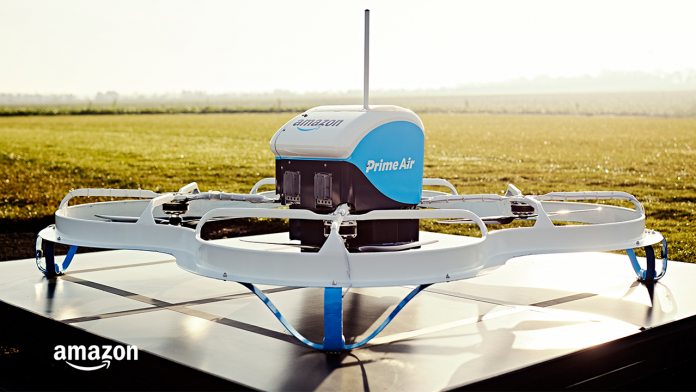 It’s no secret that Amazon has been testing a drone delivery service, but there are many hurdles to overcome. One of those is the protection of the drones and the goods they carry.

A patent granted by USPTO last week reveals a possible solution. It describes a digital heartbeat sent from the controller to the drone which will enable a safety mode if there’s interference.

If communication with the controller is broken, the drone will first try to re-establish it. It will also attempt to regain control if it’s been hacked or hover/land in a safe location for retrieval.

“If the known signal is interrupted, e.g., it is not received according to the fixed interval or according to the communication scheme, however, it may be inferred that a hostile takeover is occurring or has occurred. To respond to the hostile takeover, an alarm signal can be generated which causes the UAV to perform any one of a number of actions,” reads the patent.

It’s an elegant solution that should notify Amazon of any sophisticated attacks, but won’t be much help against more rudimentary ones. It doesn’t stop a thief from simply taking the package from where its left on the doorstep, for example.

However, it’s likely the company is working on other solutions for that. It’s published a number of patents over the years, from dealing with users who flail their arms to dropping packages from 25 feet.

Solutions such as precise delivery timers could stop the theft of packages, as well as trackers. The heartbeat solution should at least tell Amazon when and where a drone was shot down, letting it liaise with law enforcement.

Essentially, the company seems devoted to a shopping experience that cuts out humans entirely. It seems very close to having the capabilities to do so, but government approval may be more difficult.