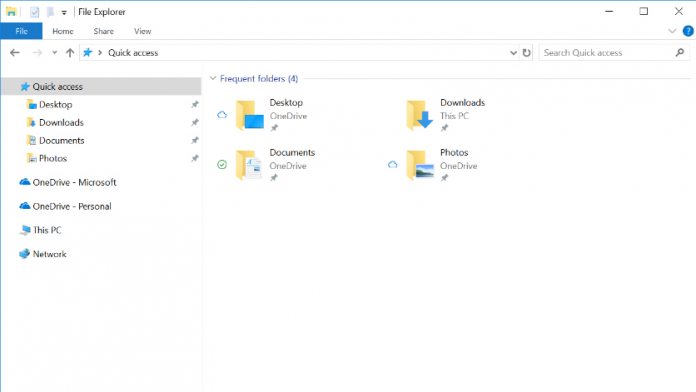 The lack of significant One Drive integration in Windows has always been a mystery, but Microsoft has clued up over the past year. In the coming weeks, it will begin rolling out a Known Folder Move feature to its Insiders, changing the way cloud syncing works on its os.

Traditionally, users upload their files to OneDrive either through the browser or by saving them to a dedicated folder. However, that technique doesn’t really make sense when you’re Microsoft. Often, browsers and other applications save files to default folders like Pictures, Documents, Downloads, and Videos if the user doesn’t decide otherwise. This can cause important files to be missed by the sync and requires additional effort to bypass.

Known Folder Move should solve all that. The upcoming setting will automatically sync user’s default folders with no extra input. All of your important files will be backed up, organized automatically and updated whenever you make changes.

Of course, behind the scenes, little has changed. OneDrive is essentially just re-routing your known folders to the OneDrive one. However, it does mean user’s documents will remain safe even if their PC or hard drive dies, which could be essential for organizations.

In that vein, Microsoft has built tools for IT admins. A group policy lets them enable Known Folder Move for all users in the organization without the need for interaction. It works when all known folders are empty.

Somewhat surprisingly, Known Folder Move works will all modern versions of Windows, including 10, 8.1, and 7. The only major exception is Windows XP, which hasn’t been supported for some time.