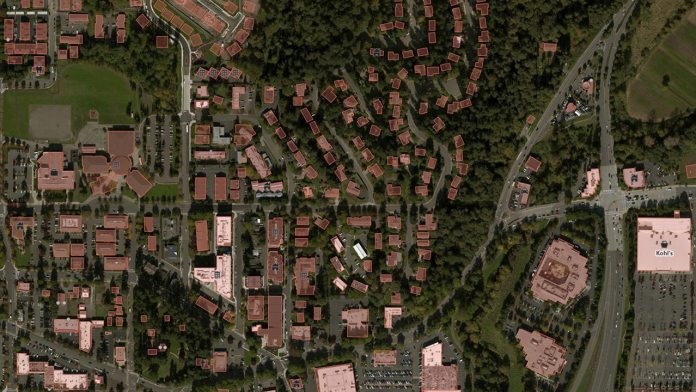 A couple of weeks ago, Microsoft released 5 Petabytes of Bing Streetside data to the OpenStreetMap iD Editor. Today, it’s doubling down on its commitment with another large-scale donation.

Microsoft is making 124 million US building footprints available to the community, over four times its current amount. Rather than relying on community contributions and city and county imports, the tech giant leveraged AI to provide accurate data.

The Bing Maps teams used the CNTK Unified Toolkit and upsampling for a precision rate of 99.3%. The deep neural network was trained on 5 million labeled satellite images, primarily of residential areas but also with mountains, deserts, beaches, and coasts.

According to the Bing team, its data is comparable to hand-drawn building footprints in OpenStreetMap, so it’s not perfect, but it has a wide coverage. The footprints span all 50 states and offer some interesting statistics.

Understandably, Microsoft had the most data for California, at 10.5 million buildings, while Florida had 6.55. New York had 4.7 and Texas 9.3 million. The region with the fewest buildings was District of Columbia at 58,330.

As well as the data itself, Microsoft is working on open sourcing the models behind its neural network. That includes complex polygonization algorithms and segmentation models.

Despite this, the Bing doesn’t necessarily recommend OSM users import the data.

“Maybe,” it says. “Never overwrite the hard work of other contributors or blindly import data in to OSM without first checking the local quality. While our metrics show that this data meets or exeeds the quality of hand drawn building footprints, the data does vary in quality from place to place, between rural and urban, mountains and plains, and so on. Inspect quality locally and discuss an import plan with the community.”