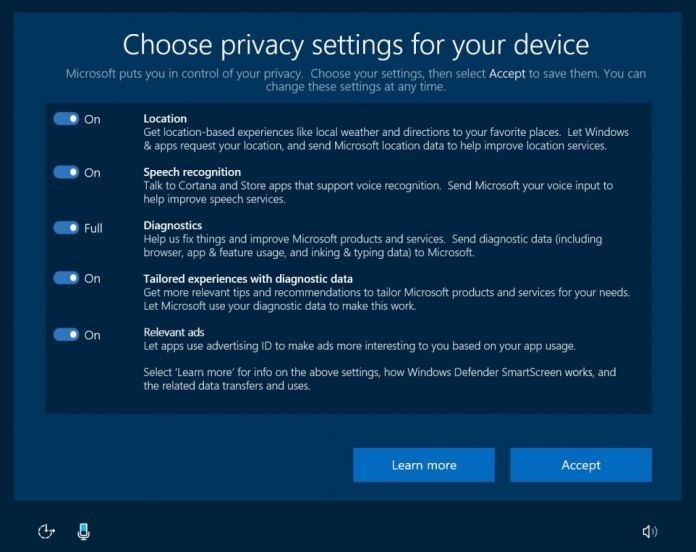 Following Microsoft’s privacy escapades through the life of Windows 10 has been intriguing. Whether courting controversy, annoying users, or getting things right, it’s been a ride for Redmond. The company insists privacy on Windows 10 is a priority and another tool may help to give users peace of mind.

I touched upon controversy in that opening and nothing has quite stoked the flames quite like how Windows 10 collects data. Users are concerned Microsoft is aggressively farming data and giving them little choice. It is something that has earned the company criticism from regulators and advocacy groups.

Microsoft has worked towards easing concerns with a number of measures. The latest is called Windows Diagnostic Data Viewer, another way for Windows 10 users to keep tabs on the company. First announced in January, the tool is now availablewith an update in a new preview.

The company points out that this is further proof that it committed to giving users control over their data. It is also, Microsoft adds, a step towards highlighting its goal to improve privacy on Windows 10:

“Our promise to upholding the highest standards of privacy will continue to be a top concern. When you use our products and services, we want you to feel confident that having great experiences and features does not mean sacrificing your privacy. It’s your device. You deserve to know what’s happening on it,” Microsoft explains.

Windows Diagnostic Data Viewer is now available on Windows 10 build 17704, which is a preview release on the Insider Program. The viewer allows users to assess Problem Reports, such as information on bugs, crash reports, and other data Microsoft takes from PCs.

Other abilities include viewing which applications created problems for the system, and the time in which the report was sent to Microsoft.

Microsoft says it wants to give users more control over what they share. With that in mind, the company is shaping its data collection around user feedback:

“In making Windows 10 better and more secure, we will continue to make your privacy our top concern. This means providing you with the all the right tools to empower you to take control of your data. From prioritizing full transparency of diagnostic data to helping you take action about what you share, we are here to provide you with the power to know what’s on your device and who you share it with.”